You are at:Home»Current in Carmel»Carmel Community»Protests remain peaceful as community shares views on diversity efforts at CCS

Students hadn’t yet been let out for the school day when protestors began gathering outside the site of the 7 p.m. May 17 Carmel Clay Schools board meeting to express their views of the district’s diversity, equity and inclusion efforts and other initiatives.

Many of the dozens gathered to oppose the district’s DEI initiatives wore purple and held signs opposing critical race theory — which CCS officials say they do not teach — and social emotional learning, which they do. Dozens of people on the other side of the walkway held rainbow flags and displayed messages of support for DEI efforts. The protests remained peaceful throughout the evening.

DEI matters weren’t officially on the agenda, but much like at the April 26 board meeting more than a dozen community members signed up to speak during the public comment portion of the meeting. Comments were limited to 30 minutes, and not everyone who wanted to speak had the opportunity to do so.

Unlike the previous meeting, when most speakers shared concerns with DEI efforts, nearly all of the speakers May 17 expressed support for the initiatives, which included creating a DEI officer position in late 2020. Many of those who spoke are students at Carmel High School.

Sage Mehta, a junior at CHS, said she has been a CCS student since kindergarten and has never had a teacher who is a racial minority. She said it’s important for CCS to have a DEI officer to let children of color know that someone in the district understands their perspective.

“We’re constantly faced with barriers to our success in the form of discrimination, microaggressions, macroaggressions and implicit biases,” Mehta said. “It means we’re always forced to put on the best face and try to make as many strides as we can to be at near par with our white students.”

CHS sophomore Brandon Anderson said he’s had the opportunity to interact with DEI officer Terri Roberts-Leonard through the school’s African History and Culture Club, and he believes her role is important for allowing voices of minority students to be heard.

“Nothing that she is talking about or planning on doing is dangerous or trying to harm children,” Anderson said. “I see what she’s working for as the exact thing that I wish had been more present in my schools from the beginning.” 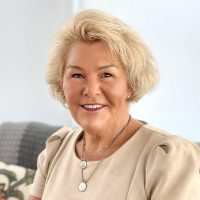 Paige Miller was the lone speaker to share concerns about the CCS DEI efforts. A recently-retired 33-year CCS teacher, Miller is a co-founder of Unify Carmel, a group launched last month “dedicated solely to improving our community” by urging CCS to “focus on academic excellence and achievement for all students,” according to its website.

“CCS, you need to stay in your lane. It’s time to get back to the goal of excellence in education. Your job is to teach reading, writing, math, social studies and science. You are overreaching into the family lane and that is creating a big problem,” she said. “It works best when teachers teach and parents parent. We’ve always focused on differentiation and giving all students what they need. Social emotional learning should be used for those it was intended, not as a one-size-fits-all (approach).”

After the meeting, CCS Supt. Michael Beresford said the district introduced social emotional learning on a broad scale because it was seeing an increase in students battling anxiety, depression and behavior issues.

“It’s not related to anything that has to do with critical race theory, and it’s not real connected to DEI,” Beresford said. “It’s really more about kids learning to regulate themselves.”

He also said the school board could take a look at revising its policy for public comment, as speakers are not required to address only issues on the agenda, as is the case in some districts.

“I think it’s a good thing to give the community the opportunity to communicate with the board in a public setting like this,” Beresford said. “Whether (the board) will look at those criteria and see whether there’s anything that needs tweaking, that’s always possible, but I’m not aware of any big swings right now.”