Ultramarathoner David McCartney has gone to great lengths to help others, and not just by running to support a cause.

In 2018, he decided to donate a kidney to an unknown recipient. Most people who undergo the surgery and difficult recovery do it for a close friend or family member in failing health, but not McCartney. He simply did it because it seemed the right thing to do.

The 37-year-old Darlington resident knows not everyone can or should take the drastic measure he did, but he’s hoping others will at least consider the possibility. 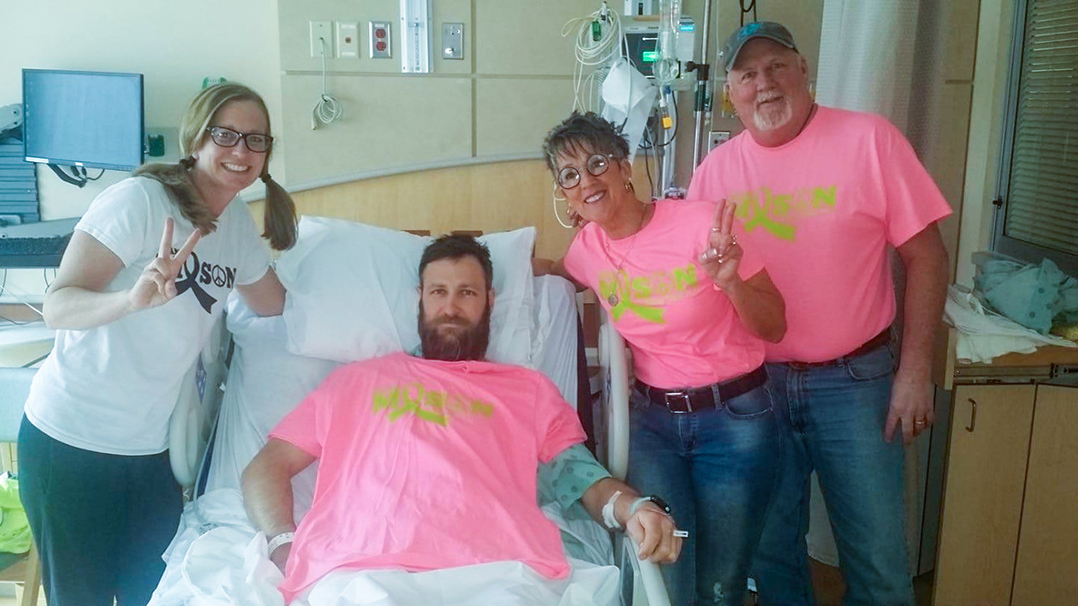 David McCartney displays a Team Mason shirt while in the hospital to donate a kidney. (Submitted photo)

McCartney hasn’t always been the picture of altruism. But that changed in 2006 when he was driving to work and the car in front of him ran off the road and caught on fire. He and another man rushed over, kicked in the windshield and rescued the woman inside. He received the Carnegie Honor Medal for his efforts.

“(Before that) I wasn’t anything. I was a foul-mouthed kid on his way to work to make ends meet,” he said. “After that was when everything started changing. I wanted to start helping people.”

A few years later, McCartney attended paramedic school and began applying for jobs with police and fire departments. The career path didn’t work out, but he realized there are many other ways to help those in need.

His attention turned to kidney donation after a family friend died of renal failure in 2015. He had donated funds and other goods to the cause, but soon realized he could give more.

McCartney, who has worked for the Carmel Streets Dept. for six years, reached out to IU Health to see if he was eligible to donate a kidney. The screening process, which included physical and psychological testing, took eight months.

The surgery in February 2019 was minimally invasive, and he was home within a couple of days. The recovery was much more difficult, but he was back to work in six weeks and running at full strength a few months later.

Not only did McCartney’s kidney donation help the person who received it, but it also set off a chain reaction that allowed several other kidney transplants to take place. Because his kidney went to someone without a match in the family, those willing to donate to benefit that recipient were able to give their kidney to someone else. 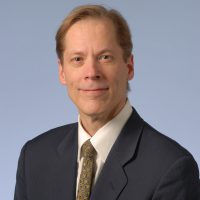 Dr. John Powelson, surgical director of living kidney donation at IU Health, said he’s seen the willingness of a single person to donate a kidney to a stranger lead to up to 10 transplants.

“One altruistic donor can have a tremendous impact because it can set up a movement throughout the country,” Powelson said. “All these organs are coordinated. Multiple people benefit from that one initial act.”

Powelson, who removed McCartney’s kidney, said most people wait for a kidney for five years.

“If you’re the relative of someone who’s watching this slow decline, you can be very motivated to try to stop that,” he said. 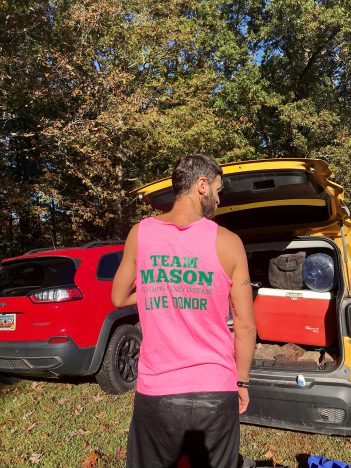 McCartney has been a runner since high school, but in the last several years he’s turned his attention to ultramarathons of 50 to 100 miles or more.

He competes to benefit Team Mason, named after the family friend who sparked his interest in kidney donation. Among the nonprofit’s initiatives is raising funds to send children to the Indiana National Kidney Foundation Camp.

McCartney, a father of two, plans to run an ultramarathon in every state. He’s often joined by his 17-year-old son, and the two have competed so far in 16 states. His next attempt will be in June in North Carolina, and he’s eyeing another in August in Kentucky.

Powelson said it makes sense that McCartney would be running ultramarathons because kidney donors must be in good shape to pass the screening process. However, McCartney’s positive qualities go beyond that, he said, describing his former patient as having “exceptional resilience and character.”

“It’s fair to say the donors are modern-day heroes,” he said. “We live in a society that is fractured, and people are angry, but this is the best of humanity.”

Follow McCartney’s journey on Instagram at @Kidneyfarmer765. He is accepting donations to help complete his goal of competing in all 50 states at gofund.me/585a90af.