Competition brings out the best in Olivia Broadwater.

Now, the 2020 Zionsville Community High School graduate will compete in the Miss Indiana competition June 16 to 19 at Zionsville’s Star Bank Performing Arts Center. The preliminaries are June 16 to 18, with the finals for Miss Indiana and Miss Indiana’s Outstanding Teen set for 6 p.m. June 19. Broadwater will be joined by 2016 ZCHS graduate Samantha Robbins and Zionsville resident Claire Nieshalla.

The 2020 Miss Indiana program was canceled because of the COVID-19 pandemic, so titles were carried over to this year.

Broadwater, who qualified by winning the 2020 Miss Capital City title in 2019, plans to sing “Gimme Gimme” from “Thoroughly Modern Millie.”

“I’m bringing some Broadway into it,” said Broadwater, a musical theater major at Ball State University. “It’s a song I’ve been able to work on the past year-and-a-half. It’s been fun to see my growth through that song. It’s a way for me to mix my pageant world and my musical theater/Broadway world that I’m going into for a career. It’s a fun song to give me a chance to express myself.”

Broadwater’s platform is “Singing for Smiles,” which promotes music to help those with Alzheimer’s disease. Two of her late grandparents were afflicted by it and her grandmother was recently diagnosed with Alzheimer’s.

Amid the COVID-19 pandemic, Broadwater organized virtual Christmas and Valentine’s Day concerts with fellow Ball State theater majors for memory patients in nursing homes and memory centers across the state.

Nieshalla won the Miss East Central title in Sheridan in March, the last qualifying competition. She had competed in the 2018 Miss Indiana’s Outstanding Teen competition.

Nieshalla, who was homeschooled during high school, will be a junior at Taylor University this fall.

“I knew I wanted to do it again after doing Teen,” she said. “I was waiting for the right opportunity, being at school and playing soccer at Taylor. It was hard for me to find the time.”

Nieshalla had worked with Taylor University officials to organize an event for participants to safely turn in unused prescription drugs.

“That was my big initiative as a Teen (competitor) as well,” she said. “Having that day put more meat to my platform, I decided two weeks before the actual competition to do it, thinking, ‘What do I have to lose?’”

Nieshalla will play the piano and sing her original song “Rain,” which is about losing a loved one to substance use disorder.

“It ties to my platform, and it’s just one avenue where I can continue to spread the message of prevention,” Nieshalla said.

While Nieshalla and Broadwater are competing in their first Miss Indiana competition, it will be the fifth time for Robbins. She previously was in the Miss Indiana’s Outstanding Teen event three times. She qualified by winning 2020 Miss Collegiate North.

“I probably would have stopped if I wasn’t having a good time or learning things every year to make it a slightly different experience every year,” she said.

A 2020 Ball State graduate in visual communications, Robbins is a graphic designer for ScreenBroidery in Noblesville.

Robbins will tap dance to “What I Like About You” for her talent portion. Her platform is Party Smarty, which was a sub-organization of her platform of substance abuse prevention. She founded the group in 2017 and changed the name to Party Smarty in 2019.

“I’m focused on collegiate substance abuse prevention,” she said. “I’ve had a few relatives struggle with addiction, and I’m going through my whole life, including college, without ever having alcohol or any other substance to have fun or relax. I’ve stayed true to do that.” 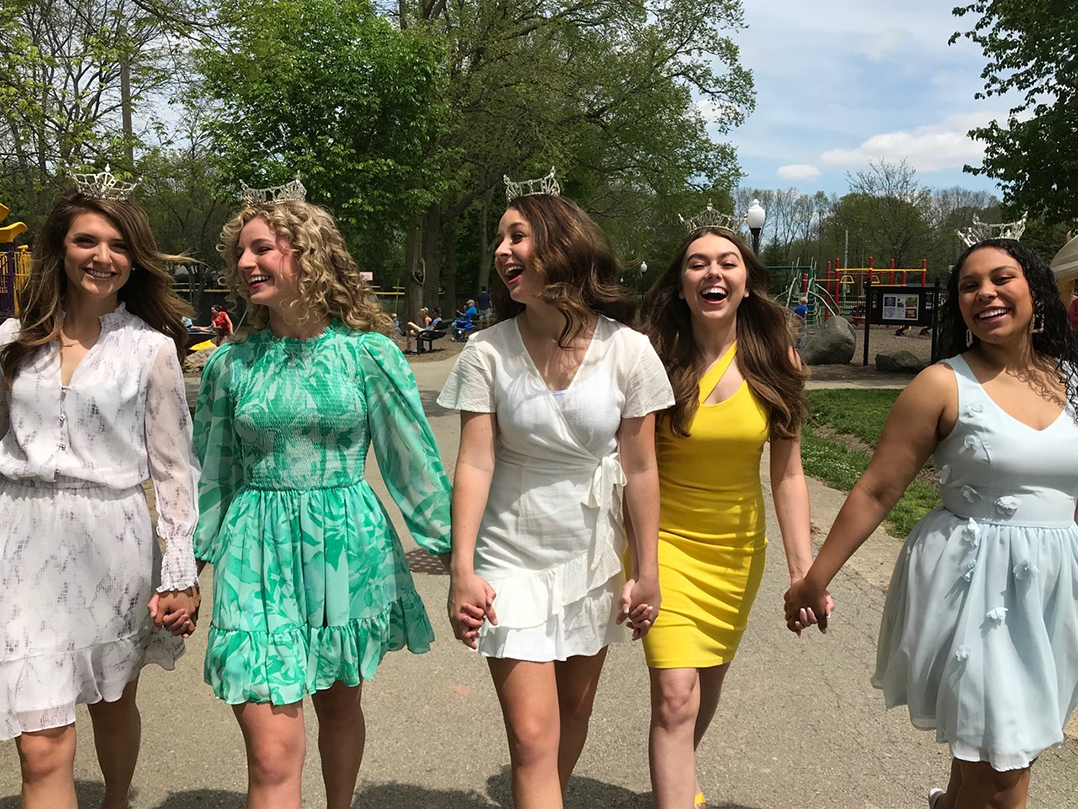 Barnes will compete for the Miss Outstanding Teen crown for the third time. She qualified by earning the Miss Hoosier Heartland Outstanding Teen. Barnes plans to major in neuroscience at Indiana University and then attend medical school.

“My mom used to work at the Children’s Home, so I got to know a lot of those kids,” she said. “Knowing their stories made me want to advocate for kids like them and their parents.”

Barnes, who will sing for her talent portion, is eager to see friends she made through competition.

“We didn’t get to do as many opportunities as in the past, but I’m excited to see all the girls again,” she said.

Barnes and Dimmett were in the Royalaires, the mixed show choir at ZCHS. Dimmett competed in cross country and track and field at ZCHS.

“I’m really excited because it’s at our home high school and PAC,” Dimmett said. “I’m excited to get the first Miss Indiana experience.”

“Once I got into it, I fell in love with it, because having to prepare and look your best and represent yourself the best on stage is something I’m excited about,” Dimmett said.

Dimmett’s platform is promoting Notable Measures, a nonprofit she started with her younger sister, Meg, four years ago.

Dimmett’s talent for the competition is tap dancing. She will major in finance and minor in music at Indiana University in the fall.