You are at:Home»Current in Geist»Geist Cover Stories»Fourth Fest returns: City of Lawrence prepares for return of July 4 celebration

Last year the Fourth of July came and went in Lawrence without a firework bursting in the sky or a single float sweeping along the parade route. But this year, Fourth Fest will return July 5 in Lawrence, helping to begin restoring a general sense of normalcy.

“Last year was the first time I’ve been off on July 4 in 30-some years,” Lawrence Parks and Recreation Director Eric Martin said. “I didn’t know what to do with myself. But we are back to, we believe, a pretty normal schedule.”

According to city officials, the planning process has seen most everything fall into place as in previous years, with the exception of a date adjustment (from July 3 to July 4) and a change in fireworks operators.

“I’m looking forward to just getting some normalcy back, seeing some of the community faces that we haven’t seen in a year and a half,” Martin said. “The individuals around the parade route, the kids on the carnival rides. Again, just a more natural setting for us.”

Parade participants will begin to line up at 9 a.m. and will roll out at 10 a.m. It will proceed along the traditional route, leaving Harrison Hill Elementary (7510 E. 53rd St.) and heading south on Richard Avenue before turning east on 47th Street, then going north on Franklin Road before concluding underneath the Garrison flag in Community Park (5301 N. Franklin Rd.).

“One of the more fun things for me is, as the parade is beginning and the line is forming, I get to go up and down and revisit some of the people that I maybe haven’t seen very much throughout the year,” Lawrence Mayor Steve Collier said. “I’ll get there right at 9 a.m. and walk up and down the parade route.”

2021 Indiana Miss Basketball and Lawrence North High School graduate Jayla Smith will be the Grand Marshal. She will ride atop a Chevrolet Corvette convertible behind a high school band.

From 11 a.m. to 3 p.m., the Lawrence Sunrise Kiwanis Club will host the annual fish fry. The club is new to the fish fry, but a familiar face will still be involved in the frying process.

“Phil Kehrer, who does the famous fish, he’ll be there (assisting the Kiwanis Club),” Collier said.

When the fish fry ends at 3 p.m., food trucks will operate inside Community Park. 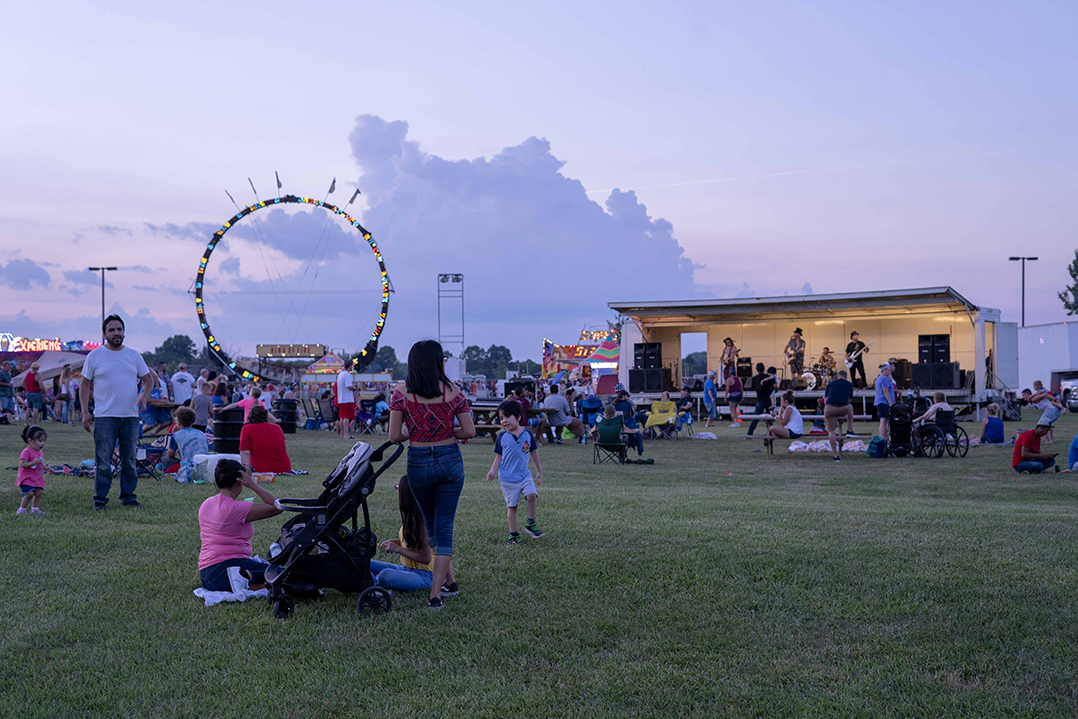 The Fourth Fest carnival will begin June 30 and continue until the evening of July 4.

A carnival with games and rides will begin in Community Park on June 30 and continue through July 4. On July 4, options for family centered entertainment expand.

“We will have one of the largest classic car shows in Indiana that will be taking place from 10 a.m. to 2 p.m.,” Collier said.

A live music stage will be set up in Community Park beginning with mariachi group Sol Jaliscience at 2 p.m., followed by Country Joe Hess at 4 p.m., Studio D at 6 p.m. and Safe at Second at 8 p.m.

A Little League invitational baseball tournament will be played in Community Park beginning approximately at 11 a.m.

Fireworks will launch from the usual spot, the old pigeon coop building by the soccer fields at Community Park.

Finding a supplier for the fireworks required some searching this year. An ongoing embargo between the U.S. and China put some wholesale distributors in a predicament. In 2019, 95 percent of fireworks used in America came from China. The longtime supplier did not have enough to meet Lawrence’s demands.

“We had to look elsewhere and found the Mad Bombers out of LaPorte, Indiana,” Martin said.

Mad Bomber Firework Productions supply many firework shows in the Chicagoland area and previously in Fishers.

“For fireworks, we’ll have a big crowd,” Collier said. “It’s hard for me to estimate. We’ll have probably 10,000 vehicles parked that people will be watching fireworks from.”

Other than Community Park, Martin said the best vantage points will be along 56th street near Post Road. Spectators do not need to remain in their vehicles to watch the fireworks.