Luke Boyce’s acting skills will be put the test as the snowman, Olaf, in Junior Civic’s production of “Disney Frozen Jr.” 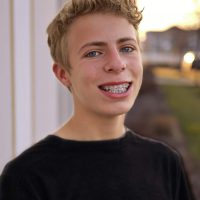 Instead of a traditional costume, Olaf will be portrayed through a large puppet.

“The puppet will be controlled by my hands to move the arms and mouth, all while acting, singing and dancing the part,” said Boyce, who will be a Clay Middle School eighth-grader in the fall. “This will be a new concept for me, but I’m excited to play a character in a different way.”

The Junior Civic production is set for June 25 to June 30 at The Tarkington at the Center for the Performing Arts in Carmel.

Boyce said Olaf was his favorite “Frozen” character from the movie growing up. 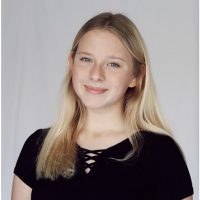 “I also love the fact that he’s so goofy and over-the-top, things that I see reflecting in my personality,” Boyce said. “I love how this show is very popular and the story is a magical experience for all ages. Being able to do something new and fresh with the story, using the added songs from the Broadway musical and the talents of our cast and directing team, will be really cool to show off during our performances.”

Phoebe Sidebottom, who will be a Zionsville Community High School freshman, said she enjoys her role of Queen Iduna because she gets to play a motherly figure and speak like a queen.

“My favorite song would have to be ‘Do You Want to Build a Snowman?’ because the lyrics are so energetic and fun, and it’s very entertaining to listen to and watch,” Sidebottom said. 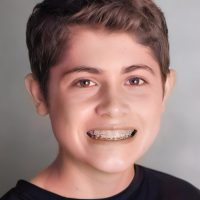 “I am looking forward to performing ‘On My Way’ from the Broadway musical ‘Violet,’ and I’m also excited to perform ‘I’ve Got The World On A String,’ which is a song that I have performed in the past,” said Ben, who will be a Carmel High School sophomore.