After taking some time to tease his fellow Hamilton County Commissioners in front of an audience of several hundred people, Steve Dillinger spent much of the June 29 State of the County luncheon at Embassy Suites in Noblesville focused on road construction. The 2021 State of the County address was planned for January but was postponed to June because of the COVID-19 pandemic. 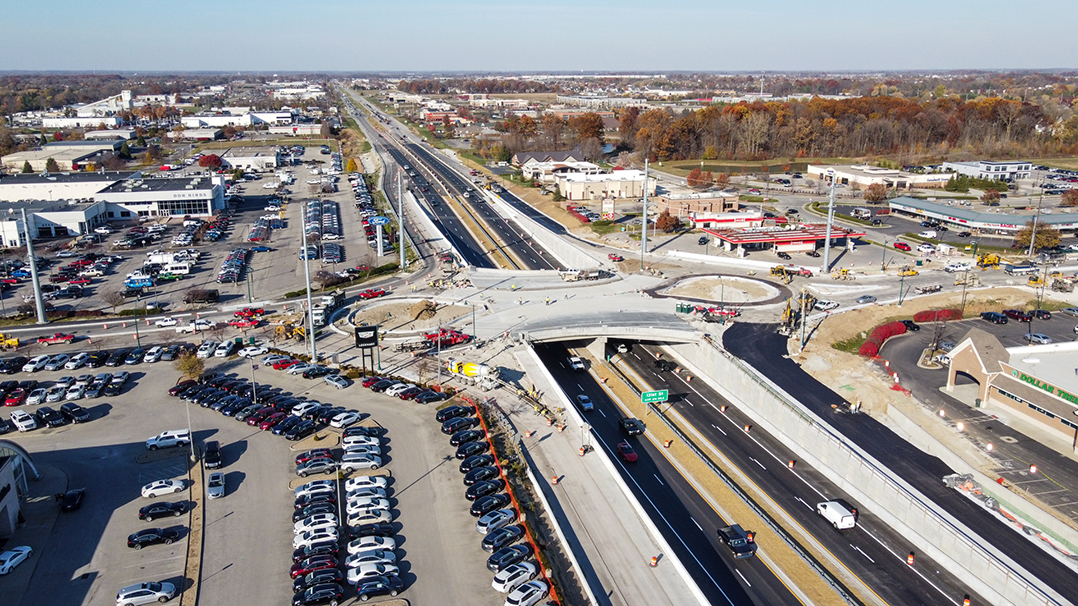 The 126th Street and Ind. 37 interchange is completed.

The first presentation Dillinger gave was about the State Road 37 Project.

“One of the most exciting things happening to me is what’s happening on 37,” Dillinger said. “This is a project requiring a lot of government cooperation and teamwork and was a partnership between Hamilton County, Noblesville, Fishers and the Indiana Dept. of Transportation. We’ve received several awards for it.”

The 146th Street intersection is under construction. Dillinger showed several videos of what traffic looked like during evening hours at each intersection a year and a half ago.

“One of the things I think Hamilton County has done well is, we recognized these situations and have taken actions before it was too late,” he said. “When you start a project, the soonest you will get the project done is six years from the time you start talking about it.”

The 146th Street intersection reconstruction cost is $30 million and is projected to be complete next spring.

“When we finish all of that, if we haven’t screwed up traffic bad enough yet, we’re going to move to 146th Street and Allisonville Road,” Dillinger said. “As we improve 37 and 146th, that will exacerbate the problem we have here.”

Dillinger said the county hasn’t decided if 146th Street will go under or over Allisonville Road, but the anticipated start date is spring 2023, with a completion date of fall 2024. The project is estimated to cost $29 million. 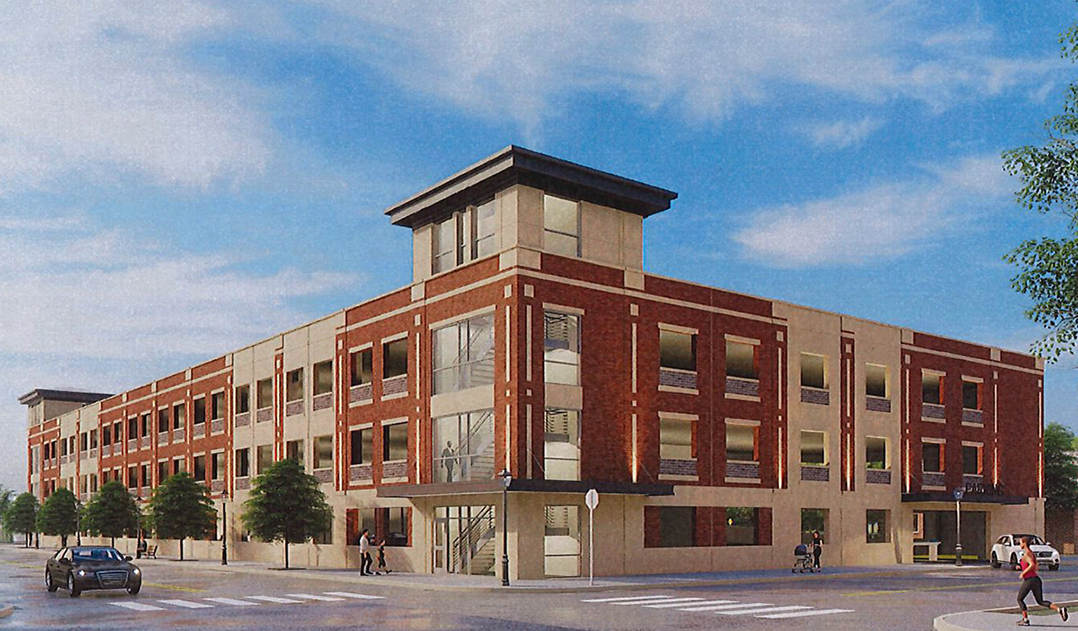 A rendering of the downtown parking garage for county employees and courthouse personnel. (Submitted rendering)

“We were not blowing smoke when we told you how much money we would save if we spent money on this solar project,” Dillinger said of the $8 million solar panel project near the county jail in Noblesville. “Over the next 25 years, we are estimated to save a net $14 million. With the changes we made with LED lighting and the panels, we saved over $1 million in 2020 of taxpayers’ money.”

The new parking garage will be built behind Syds Fine Food. The $11.5 million project has broken ground and is estimated to be complete by February 2022.  When complete, there will be 475 parking spaces free for public use after 5 p.m. and on weekends. During the day, the spaces are reserved for county employees and courthouse personnel, such as jurors.

An overview of COVID-19

Hamilton County Commissioner Steve Dillinger spent much of the beginning of his June 29 State of the County address speaking about the effects of COVID-19. Dillinger said 442 county residents have died from the virus, although he said the county “just lost another one,” so the number wasn’t completely up to date.

He also gave an overview of the vaccination clinic efforts. At the time of the luncheon, Hamilton County’s COVID-19 positivity rate was 2.2 percent, and 67.4 percent of county residents had been vaccinated, the second-highest percentage of vaccinated residents in the state.