You are at:Home»Current in Carmel»Carmel Cover Stories»‘An instant connection’: Carmel woman becomes fast friends with stranger who donated kidney to her 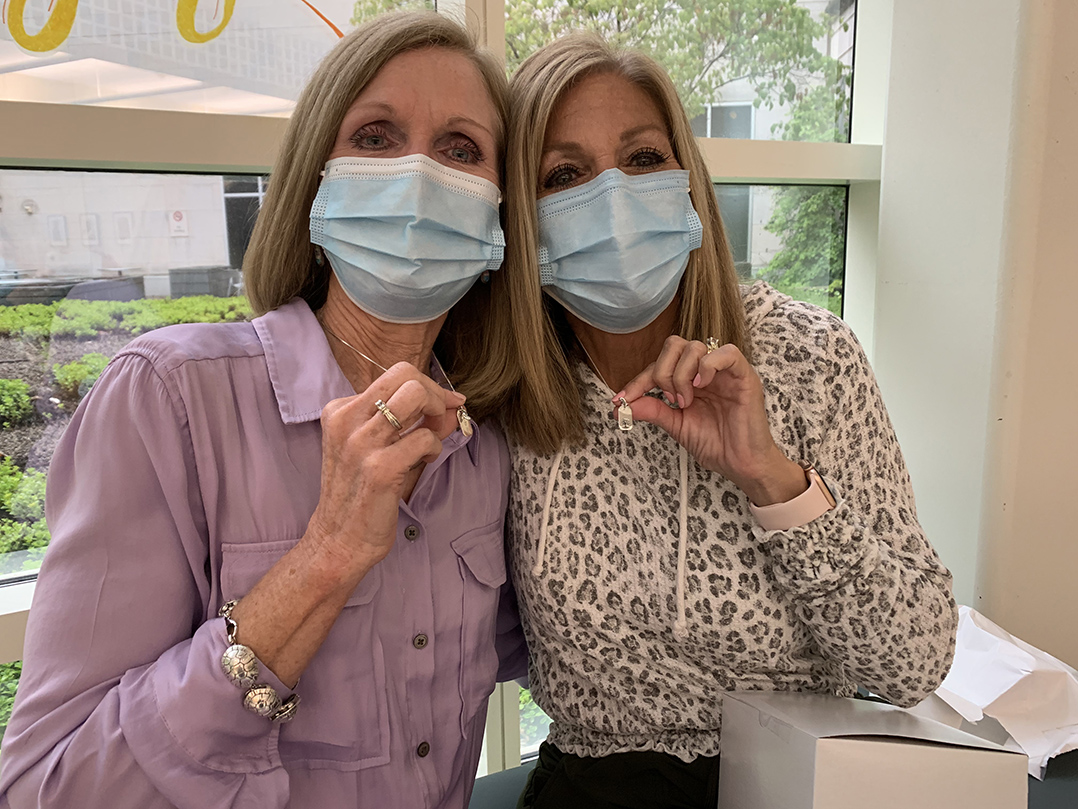 Kirsten Turchen, left, and Sue Clark display necklaces Clark bought after Turchen donated a kidney to Clark. The necklaces have the date of the surgery imprinted on them and contain a small kidney charm. (Submitted photo)

Carmel resident Kirsten Turchen saw a news story about a Fishers man who was driving around with a sign on his car asking for someone with type O negative blood to call his phone number and donate a kidney.

“I know I’m O negative, and I instantly felt like I was supposed to call that number,” Turchen said.

She called the number, which led to a series of events in which she did donate a kidney, but not to the man she called. Although she had the right blood type, Turchen was unable to donate her kidney to him because their surgeons thought their size differences might pose a problem. So instead, Turchen was matched with Sue Clark.

“It wasn’t until a year later I ended up donating a kidney to Sue, and it’s kind of funny how my intentions started and how things ended up were not one in the same at all,” Turchen said.

Turchen’s action sparked an eight-person kidney donation chain with four donors and four recipients, with all eight surgeries performed at IU Health University Hospital in downtown Indianapolis. Turchen’s kidney went to Sue Clark, who has had kidney disease since childhood. Clark’s husband Dave, who was not a match for his wife, then donated his kidney to a stranger as a way to pay it forward.

Clark received Turchen’s kidney in January 2020, and Dave Clark then donated his kidney the following June. A year after the donation, Sue Clark and Turchen met for the first time.

“They told (Sue Clark) at the time of the transplant that she would have to wait a year to even possibly get in touch with her donor, and they didn’t tell me anything other than that it’s up to the recipient,” Turchen said. “So, you know, I had kind of decided the person wanted their anonymity, which I completely understand, but I wondered if the person was even alive and well.”

Sue Clark contacted Turchen when the year was up, and the women discovered they shared more than an organ.

“I just feel so close to her already, and it’s kind of crazy. It’s now like we know each other, but there are tons of commonalities, and I think we are both really certain we will be friends forever,” Turchen said. “We felt an instant connection. It was very surreal.”

Turchen described meeting Sue Clark as “fabulous.” Both women are 59 and live in Carmel. Both work in the health care industry  (Sue Clark was a nurse prior to being a stay-at-home mother and Turchen is a pediatric dermatologist); both are new to Christianity (their children attended Carmel High School); both know many of the same people; and both go by “Nana” to their grandchildren.

Sue Clark said her recovery from the surgery went well.

“I have had kidney disease since I was a child and spent some time when I was around 9 at Riley Hospital for that, and then it kind of went dormant until about age 50, and then it came back with a vengeance,” she said. “In 2018, I went on the (transplant) list, and my husband intended to donate but he wasn’t a match. At the time, he said he would be happy to donate to anybody else.”

The Clarks and Turchen are sharing their story with the goal of encouraging more altruistic donors, meaning people who donate a kidney without a specific intended recipient.

“I have a health care background and didn’t realize how great the need is or the process,” Turchen said. “(Kidney donation) is certainly not something everybody should do, but I think being aware of the need and just being aware of even donating blood, just the things you can do to help other people.” 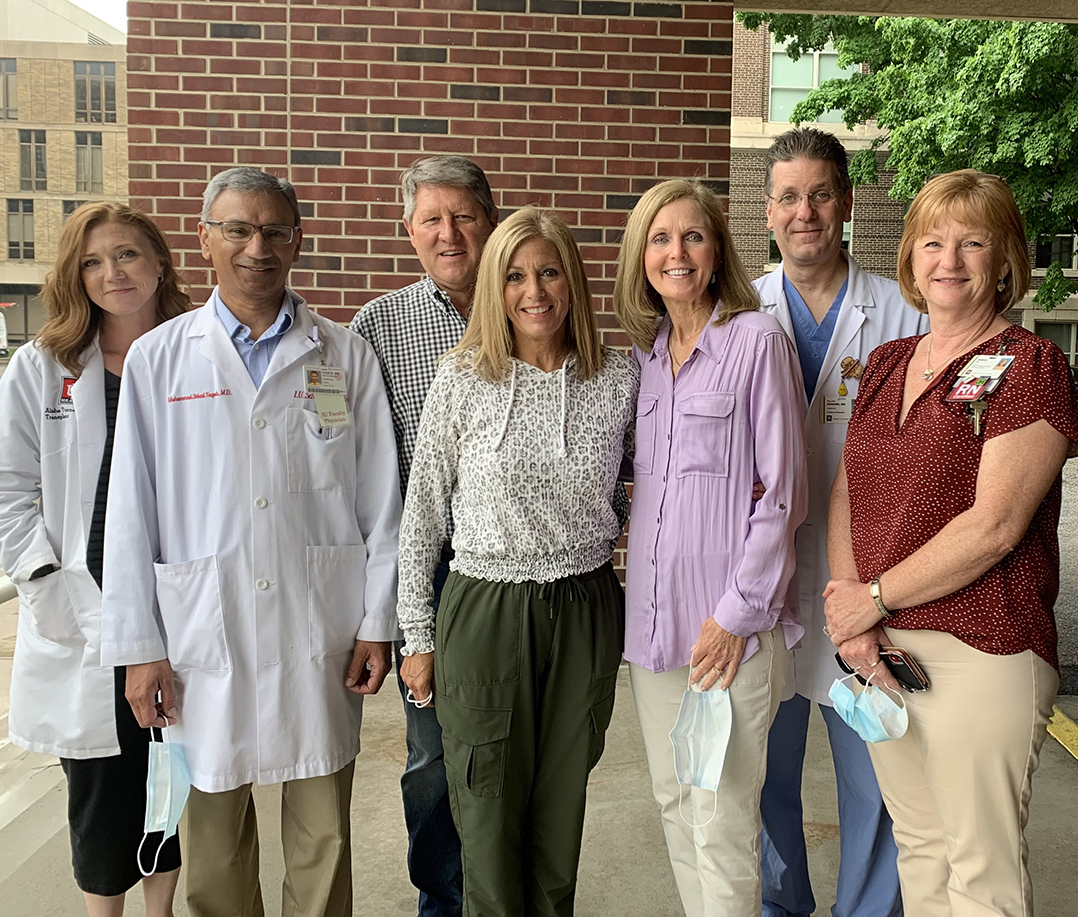 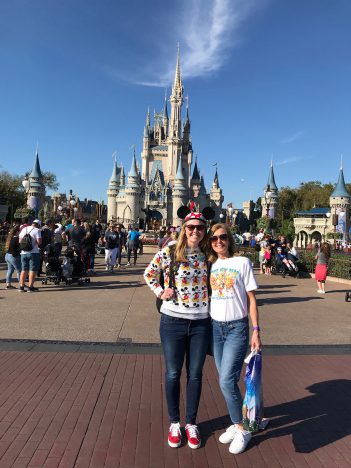 Sue and Dave Clark and Kirsten Turchen had easy recoveries from donating or receiving a kidney.

“I think it might have been easier for me than Dave, because I didn’t feel well, and then all of a sudden, I did,” said Sue Clark, who received Turchen’s kidney. “It was pretty amazing, actually. I was feeling really like myself again for the first time in many, many years. I don’t think I realized how bad I felt until I felt good again.”

Dave Clark said his recovery was easy as well.

“I wasn’t moving a lot for about three days, but I went back to work after the first week and a half, and in seven weeks, I was playing golf again,” he said.

Turchen said her recovery was easy and that a month after her surgery she took a trip to Disney World and walked 10 miles a day.