You are at:Home»Current in Westfield»Westfield Community»Colts GM Ballard honored for charitable work 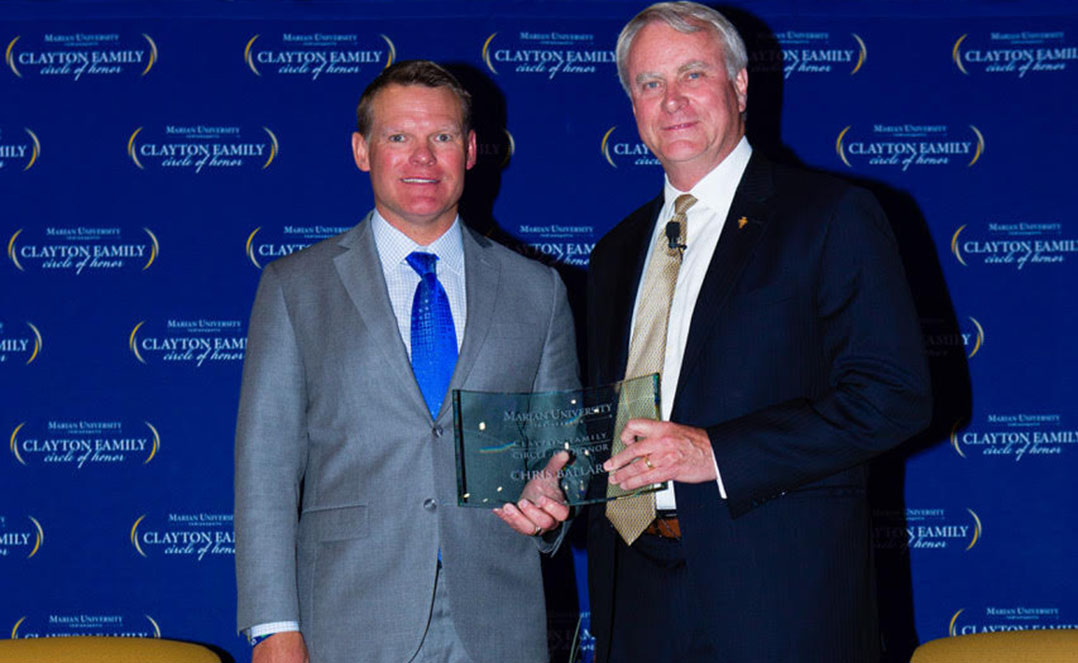 Indianapolis Colts General Manager Chris Ballard has made his impact felt on the Indianapolis area community beyond the football field.

Ballard, who was hired in 2017, was inducted into the Marian University 2021 Clayton Family Circle of Honor dinner June 16 at Marian’s arena.

Ballard was being honored for his commitment as an ethical leader in professional football and his generous work with various charities, according to the announcement.

Ballard is entering his 21st NFL season and his fifth with the Colts as general manager. He was named the 2018 NFL Executive of the Year by the Pro Football Writers of America. Ballard resides in Westfield with his wife, Kristin, and their five children. The family is active in the community and have worked with Books for Youth, Hands of Hope, Habitat for Humanity, Make-a-Wish and Gleaners Food Bank.

“We have inducted more than one person in some previous years,” said Maggie Kucik, Marian University executive director of marketing communications. “We thought one honoree was appropriate this year given Chris Ballard’s stature in the community and also given COVID safety protocol. In Chris’s time in Indianapolis, he has demonstrated the impact a great leader can make on an organization and community.”

“The Clayton Family Circle of Honor was created to honor professionals in athletics who exemplify the character-building qualities associated with Marian’s athletics,” Kulick said. “Chris Ballard instills in his organization the discipline and skills that are beneficial to creating leaders who can make a positive impact not only while competing, but life skills that are transferable to being a leader in our communities.”

The Circle of Honor has raised nearly $2 million overall for student/athlete scholarships.

It was named for the late Joe Clayton and his wife, Jan, who were philanthropic leaders and Carmel residents. Joe died in 2018.