When Shandra Hawes applied for the 2020 Magnet Forensics Scholarship Award, she didn’t expect to be chosen.

To her pleasant surprise, the Westfield Police Dept. civilian criminalist was one of four global recipients for the scholarship. That means WPD can set up its first digital forensics investigations lab.

“The company gave us a free year subscription to their program called Magnet Axiom, and also I received a total training access pass to take classes that help you navigate the program and learn how to download (data from) cellphones and whatnot,” said Hawes, who lives on the southside of Indianapolis.

Axiom is a software accessed through a USB key, or a flash drive. The program is used to recover, analyze and report on data from electronic devices.

Previously, WPD outsourced all of its electronic media downloads to the Hamilton County Sheriff’s Office and the Fishers Police Dept.

“So, the ability to do them in-house would speed up the time it takes for the evidence to come back to us,” Hawes said.

When the department outsourced its evidence, it could take one to two weeks to get results. Now, results are available in a matter of hours.

“So, seeing the type of evidence (the detectives) needed to help solve their cases and having that lag of getting the phones to our outsource and getting them back, it seemed like the delay could possibly hinder the investigation,” Hawes said on why she applied for the scholarship. She applied for the scholarship in September 2020, just a few months after joining WPD. Prior to working with WPD, Hawes was a crime scene specialist with the Indianapolis Marion County Forensics Services agency.

Hawes, 30, said she applied to WPD because she was ready for a change in the types of crimes she saw each day. In Indianapolis, most of the cases she worked on were homicides.

“The amount of the caseload is a lot less here than it is in Indy,” she said.

Hawes said now she sees electronic evidence from all types of cases, including sex crimes and thefts. As the WPD’s property room manager and civilian criminalist, she manages the property room and responds to crime scenes in Westfield. In a month, Hawes said she typically receives five devices as evidence.

“Everyone has their phone with them nowadays,” Hawes said. “Back in the early 2000s, (digital forensics) was more computers and laptops, but now we are seeing a transition of personal information, mainly on cellphones. If you’re talking sex crimes investigations, (electronic evidence) could be photographs or correspondence back and forth between individual text messages. Or for thefts, it could be GPS locations or text messages, anything like that. It depends on the case, so we may have a case where we have two phones or we may have a case where we don’t have any phones.”

Sometimes, the Axiom program can access information on a phone without unlocking the passcode, but that isn’t always the case.

“If we are working on an investigation, we are hoping to get the passcode from the person being investigated,” Hawes said. “There are some parts of the program that can let you unlock them, and parts of the phone aren’t protected by a lock code, but it’s becoming more and more protected as Apple and Android increase their security.”

Hawes said she has submitted electronic evidence to the Secret Service before in hopes their platforms could aid in unlocking the devices.

“Shandra has been a great addition to our team,” Rush said. “She brings the knowledge and expertise to our department from her previous experiences that simply can’t be matched.” 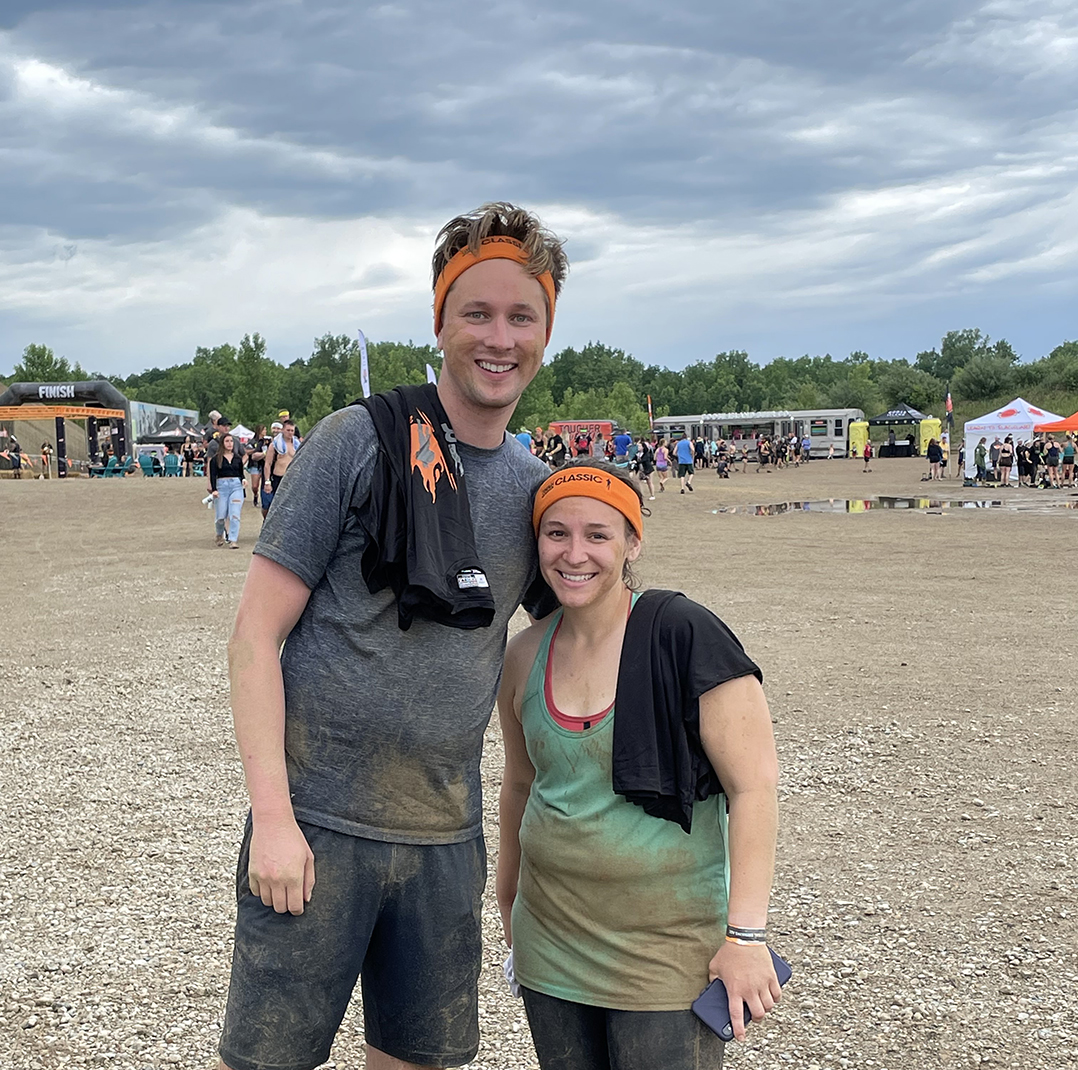 In her spare time, Shandra Hawes likes to participate in running events like Tough Mudder. Here, she is pictured with her friend, Garrett Aderman. (Submitted photo)

A future in crime scene investigations

As a child, Westfield Police Dept. civilian criminalist Shandra Hawes said she wanted to be a veterinarian. That changed shortly before she graduated from Bronson Jr./Sr. High in Bronson, Mich.

“I realized I didn’t want to be in school that long (to be a veterinarian) and I had a forensics science class my senior year in high school that I really, really enjoyed,” Hawes said. “I’ve always liked helping people, and CSI (television shows) were out, and I watched a lot of CSI.”

Hawes said that being a real-life civilian criminalist is nothing like the CSI TV shows.

“I knew I wanted to do crime scene investigation coming here (to Westfield) and having more interaction with the investigation,” she said. “Seeing how much cellphones, or just digital evidence in general, plays in solving crimes made me want to go down that road.”

In her spare time, Hawes likes to play volleyball, go to baseball games and run.