Chris Fetter has fulfilled almost every conceivable role in his high school, college and professional baseball career as a player, scout and coach. And now, at only 35, holds perhaps one of the most important jobs in the major leagues: pitching coach. 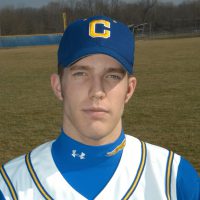 Joining a fraternity whose demographics lean grayer, such as Larry Rothschild, 67, of the Padres, and Mike Maddux, 59, of the Cardinals, the Carmel native is in his first year as the head of the Detroit Tigers’ pitchers after a successful run as the pitching coach at his alma mater, the University of Michigan. In Ann Arbor, he helped the Wolverines reach the 2019 College World Series. That pitching staff led the Big Ten Conference with a 3.46 ERA and finished seventh in the nation with just 7.44 hits allowed per game.

Tigers’ manager A.J. Hinch also is in his first season in Detroit. He and Fetter first crossed paths when the latter was a righthanded pitcher in the Padres minor league system and Hinch was the team’s assistant vice president of scouting and assistant general manager.

The Tigers are in a rebuilding mode. In 2019, the last full season of games before 2020’s pandemic-shortened 60-game schedule, Detroit was by far the worst team in the majors, winning only 47 of 161 games and finishing 53.5 games behind the division champion Minnesota Twins. Not surprisingly, the team’s ERA also ranked near the bottom at 5.24.

The Tigers’ pitching corps is young. According to Baseball-Reference, the weighted average age of Detroit pitchers in 2020 was 26.6, making it the youngest staff in baseball.

So, with a recently awful team, a very young pitching staff, and a pitching coach who has never had any experience at the major league level, how is that working out?

“He’s been excellent,” Finch said when asked about Fetter’s performance prior to a recent home game against the Chicago White Sox. “He’s been everything we could have asked for and more. We expected it, because we knew who we were hiring, but his impact with our players and developing our pitching plan and implementing it into the big leagues has been one of the highlights of our season.”

The results bear it out. Team ERA has dropped to 4.67 per game, more than half a run lower than the 2019 season. The youngest and most hyped of the pitchers, righties Casey Mize and Tarik Skubal, have ERAs of 3.59 and 4.35, respectively. Mize, the No. 1 overall draft pick in 2018 out of Auburn, was one of the American League’s top pitchers in May, with a 2-0 record and 1.74 ERA.

Fetter aims to keep it simple.

“At the end of the day, it’s developing people first, players second, and highlighting their strengths and making those even greater,” he said.

Fetter is mature enough to realize that one size doesn’t fit all.

“I think first you have to start off with letting the guys know you care, but then it’s trying to dig into how they tick, how their mind operates, where is the lowest-hanging fruit, where we can maximize their abilities,” he said.

Fetter maximized his abilities for the Greyhounds. He was Carmel’s top pitcher his senior year in 2004. The Greyhounds finished 22-6 and Fetter was virtually unhittable. He finished with a 7-2 record, struck out 73 batters in 54 innings and recorded a 0.77 ERA. He went on to four standout years at Michigan, leading the Wolverines to four NCAA Tournament appearances and three conference championships. He earned All-Big Ten honors three times and holds the school record for innings pitched.

Drafted in the ninth round of the MLB Draft by San Diego, Fetter had a four-year minor league career. Following his playing days, he served as a pitching coach (Ball State, Dodgers) and as a scout for three years with the Angels before making his way back to Michigan in 2018.

The broad experience was key for Finch and Tigers’ General Manager Al Avila, who was aware of Fetter’s skills.

“Chris was on our radar from past communications,” Avila said. “But when we interviewed A.J., just like a lot of other guys we interview, we always ask about any thoughts on future staff, and he brought up Chris Fetter, and that even piqued our interest even more so in the sense that we felt, ‘Ok, there’s a good reason for him to come here now because he has a good relationship with A.J.’ So, once we hired A.J., we moved fast on Chris.”

Finch, who won a World Series title with the Astros, sees a bright future for Fetter.

“Whether the guy is a first-year guy like Mize or Skubal or whether it’s a veteran pitcher, he has a balance of communication skills, content and competitiveness that quite honestly will move him up the ranks in major league pitching coach rankings as being one of the best in the game,” Finch said.