For Collin Cooper, writing was a natural evolution.

“My passion is to read and write philosophy and poetry, and after three years of reading I finally decided to begin writing myself,” he said. “When you’ve read so much, you want to begin writing. I’ve been writing for a year pretty consistently.” 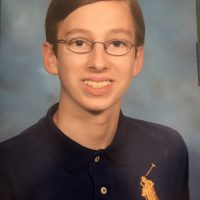 The Carmel resident, who is a high school sophomore taking online classes, began writing a blog In January called “Philosophical Rambler.” The blog is typically published a few days a week.

“Due to the great reception it has had online prompted me to write a newly published book entitled ‘Time Eternal,’ which is a collection of philosophy, poetry and atmospheric works,” Cooper said. “It’s similar style to the blog.”

The book, which was published in April, is available on Amazon.

Cooper said he became more interested in poetry just before he started the blog.

“It was an easy way for me to put my philosophy thoughts down,” he said. “To me, a rambler is someone who travels around and sees things.”

Cooper, who turns 16 later this month, created the website himself. He also sells merchandise.

Cooper said more than 3,000 people have viewed the blog from more than 35 nations. He said his followers are mostly adults.

“History is my main subject I enjoy because it let me into philosophy,” said Cooper, who plans to study philosophy in college. “I really got interested in philosophy two years ago. History led me into it, and I continued going down the rabbit hole, so to speak.”