Carmel PorchFest has expanded its position in the area music community.

Late Night on Main is now being organized by Carmel PorchFest, a nonprofit group. 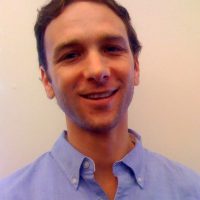 “PorchFest runs on sponsorships by businesses,” said Joshua Kirsh, president of the Carmel PorchFest board. “When PorchFest first started, I was one of the first people to put on a volunteer shirt. I picked up trash and helped bands get their equipment to front porches. A few years later, the city helped PorchFest create its own nonprofit, and at that point I was appointed president.”

“PorchFest has built a relationship with Feinstein’s club, and Feinstein’s will be hosting (in the) VIP lounge for Late Night on Main and our main PorchFest events,” said Kirsh, who is an engineering administrator and mayoral appointee to positions in the City of Carmel.

The eighth annual Carmel PorchFest is set for noon to 6 p.m. Sept. 19 near the Carmel Arts & Design District. It was held virtually in 2020 because of the COVID-19 pandemic.

PorchFest also has developed a relationship with the Center for the Performing Arts and Artistic Director Michael Feinstein.

“We’ve come up with a plan to have Michael Feinstein choose the best of PorchFest to play a concert at the Palladium called ‘PorchFest at the Palladium’ at a date to be determined in October or November,” Kirsh said. “The idea is we would be having two or three bands. We will be selling tickets and the goal is to create a scholarship to send somebody to music school.”

Wick’s Pies has joined as a major Carmel PorchFest sponsor. For more, carmelporchfest.org.