You are at:Home»Current in Carmel»Carmel Community»South College campus in Carmel to offer health care courses

South College is establishing a campus in Carmel.

Founded in Knoxville as Knoxville Business College in 1882, the college is adding branch campuses this fall in Carmel and Orlando to raise its total to seven. Steve South purchased the college in 1989 and the name was changed in 2002. South serves as chancellor. 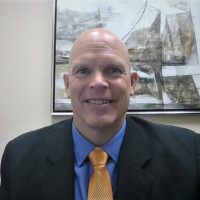 The campus is at 301 Pennsylvania Pkwy. in the entire bottom floor of the office building.  Although the 32,000-square-foot campus is in Carmel, it will be identified as the Indianapolis campus on the college’s website.

“We tend to emphasize health care-related jobs,” said Tim Thurston, South College’s director of community partnership development. “Our philosophy is all about jobs. Across the nation, health care, along with IT, are the most in-growth industries we see.”

The Carmel campus will start by offering medical assisting and associate of science in health science, or pre-nursing, courses.

“We are working on getting approval to have (licensed practical nurse certification) and (Bachelor of Science in nursing), which are in our flagship programs at other campuses,” said Thurston, a retired Air Force colonel. “Enrollment will be an online, hybrid schedule until it is all built out.”

The president of the campus in Carmel is Turner South, Steve South’s son.

The college’s other branches of the private school are in Nashville, Tenn; Asheville, N.C.; and Atlanta, Ga. There are two campuses in Knoxville.

“We don’t plan on falling apart like some of our competitors are that are small, and they come in and just aren’t able to last,” Thurston said.

Thurston said eventually business and psychology programs will be offered at the Carmel campus, but medical fields will remain the main focus for courses.