Sophie Miller figures she is quite lucky to have earned a spot on stage in Discovering Broadway’s concert with music from “Hamlet.”

The 2018 Carmel High School graduate will perform at 8 p.m. Aug. 20 in a concert from the new musical “Hamlet” in the Frank and Katrina Basile Theatre at the Indiana Historical Society in Indianapolis. 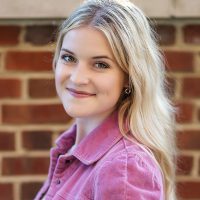 “This is an incredible and rare opportunity to perform alongside these talented artists,” Miller said. “I’ve never had the opportunity to work with Broadway performers in a cast setting, and I’m so excited to see how we create art from all different walks of life. I’m also very proud to share the stage with several others from Carmel, a place that values and supports the performing arts.”

Discovering Broadway founder Joel Kirk, a 2012 CHS graduate, also is the director of “Hamlet,” which is in the formation stage before it lands on Broadway. The “Hamlet” writers’ retreat began Aug. 14 at the Hotel Carmichael in Carmel. 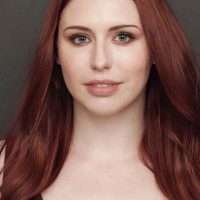 “We became quick friends,” Barnes said of Kirk. “We have a lot in common. I’ve volunteered a few times for Discovering Broadway and I’m really excited to perform. “When I was a kid, I was always performing in the Indiana shows, so it’s amazing to be back on an Indiana stage. It’s fun to do with Indiana friends along with some big-time Broadway stars. It’s really a blessing.”

Barnes went to New York after graduating from Ball State in 2019.

“I was blessed to be in two off-Broadway musicals. One of them was ‘Frankenstein,” and the other was called ‘Swing,’” Barnes said. “I got to do some fun stuff before the shutdown.”