You are at:Home»Current in Carmel»Carmel Community»City of Carmel purchases Brickhead Human sculpture for $20K 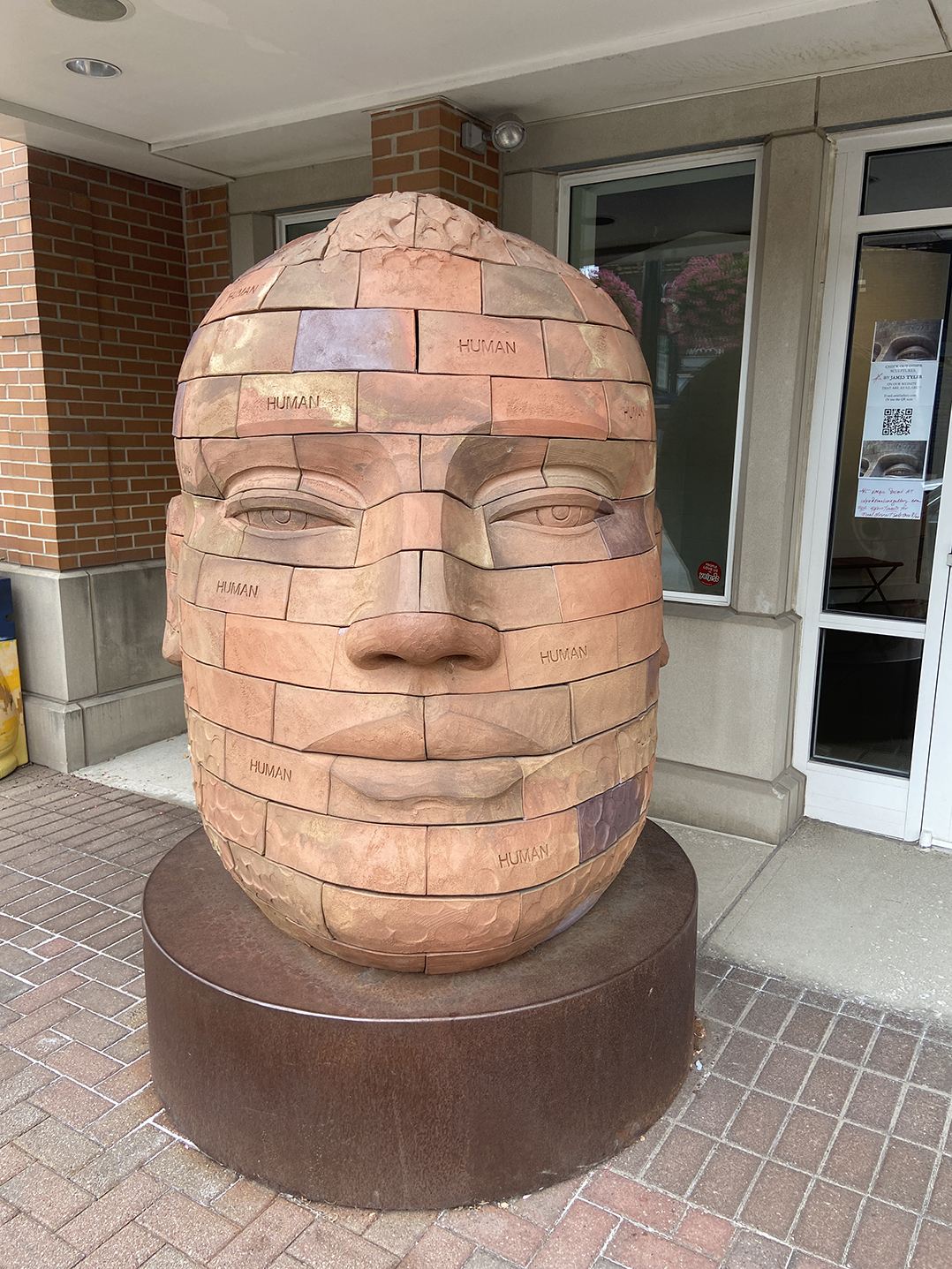 The City of Carmel purchased the Brickhead Human sculpture for $20,000. (Photo by Ann Marie Shambaugh)

The Evan Lurie Gallery is closing its doors in the Arts & Design District, but the Brickhead Human sculpture that’s rested outside its front doors for a decade is here to stay.

The City of Carmel purchased the sculpture from New York-based artist James Tyler, who had consigned the piece to the gallery. Carmel’s Board of Public Works approved the $20,000 purchase at its Aug. 18 meeting.

“I didn’t want it to go away,” Carmel Mayor Jim Brainard said. “It’s a fixture of the Art & Design District.”

The BPW vote came after Carmel’s Public Art Advisory Committee expressed support for the purchase at its July meeting.

“It has been very popular. It is a photo op for people when they’re on Main Street in downtown Carmel,” Committee co-chair Julia Saltsgaver said. “It’s something I feel Carmel has become known for.”

Saltsgaver said the commission members were unanimous in supporting the purchase of the piece, and most believed it is in the appropriate spot, at least for now. She said they left the door open to moving it in the future, depending on future uses of the building and surrounding area.

According to documents submitted to the city, the ceramic brick sculpture’s original price was $35,000 and its current value is $40,000.

The Evan Lurie Gallery opened at 30 W. Main St. in 2007. Earlier this year, Lurie announced he would close the gallery primarily as a result of business lost because of the COVID-19 pandemic.