When Michael and Tawni Partin first met and became high school sweethearts in what they call the “middle of nowhere” at Union High School in Modoc, Ind., they didn’t know that more than a decade later they’d be going into business together.

A lot happened between when the Partins met and then launched Parker Mortgage in 2011, including Michael dropping out of Ball State University and Tawni graduating from Ball State in three years with two degrees.

“That is our dynamic in a nutshell,” Michael said.

Michael originally wanted to study architectural historic preservation, and Tawni graduated with degrees in personal finance and humanities. Tawni was then hired as a loan officer by a mortgage company at the height of a refinancing boom, and Michael joined the company as a loan officer.

After enjoying success in the industry, Michael became a corporate trainer and Tawni became an underwriter. They married in October 2002.

“We married in October and had a fantastic Christmas, and then Jan. 4 we returned from Christmas (holiday) and they fired everybody with a salary,” Michael said.

So, Michael started his own mortgage brokerage company. After a data purchasing mistake and a large loss of money, the company went out of business. Tawni went back to working with mortgages and Michael bounced around different jobs. Then, the 2008 financial crash happened.

“The company I worked for closed in January and Michael’s closed down in March,” Tawni said. “Between the two of us, in five years we had six companies crash.”

The couple discovered Dave Ramsey’s Financial Peace University, and being unable to find anyone offering it, they began presenting it in a church they didn’t attend. They offered the 13-week course 15 times and helped 200 families through it.

After being roughly $250,000 in debt, the couple climbed out of the hole. Tawni went to work for American Funds and Michael became a branch recruiter for an organization that ultimately led to Parker Mortgage. Instead of recruiting someone to run the branch, Michael ran the branch out of a rented office. Tawni then decided to join.

“I had always wanted us to work together,” Tawni said. “But the difference between working together and owning a company together is a world of difference. It’s more like parenting.”

“We haven’t looked back since,” Tawni said.

During their first year in business, the Partins only took one day off – Thanksgiving. The following year, they took breaks on Thanksgiving and Christmas.

The couple approach owning a business differently than Michael’s first business. Instead of focusing on the homebuyer as the client, Parker Mortgage focuses on the person who refers the homebuyer to the mortgage company, such as Realtors.

“I started this branch and accidentally grew it faster and better than we thought or intended, and it became kind of profitable,” Michael said. “Why hand this to somebody else? I feel like I’m good at this. Let’s just see what it looks like if I do this.”

“We are polar opposites, so as long as we can keep that mutual respect for each other’s talents, we can accomplish some really fun stuff,” said Michael, noting that he and his wife created a working environment that best suits the company. 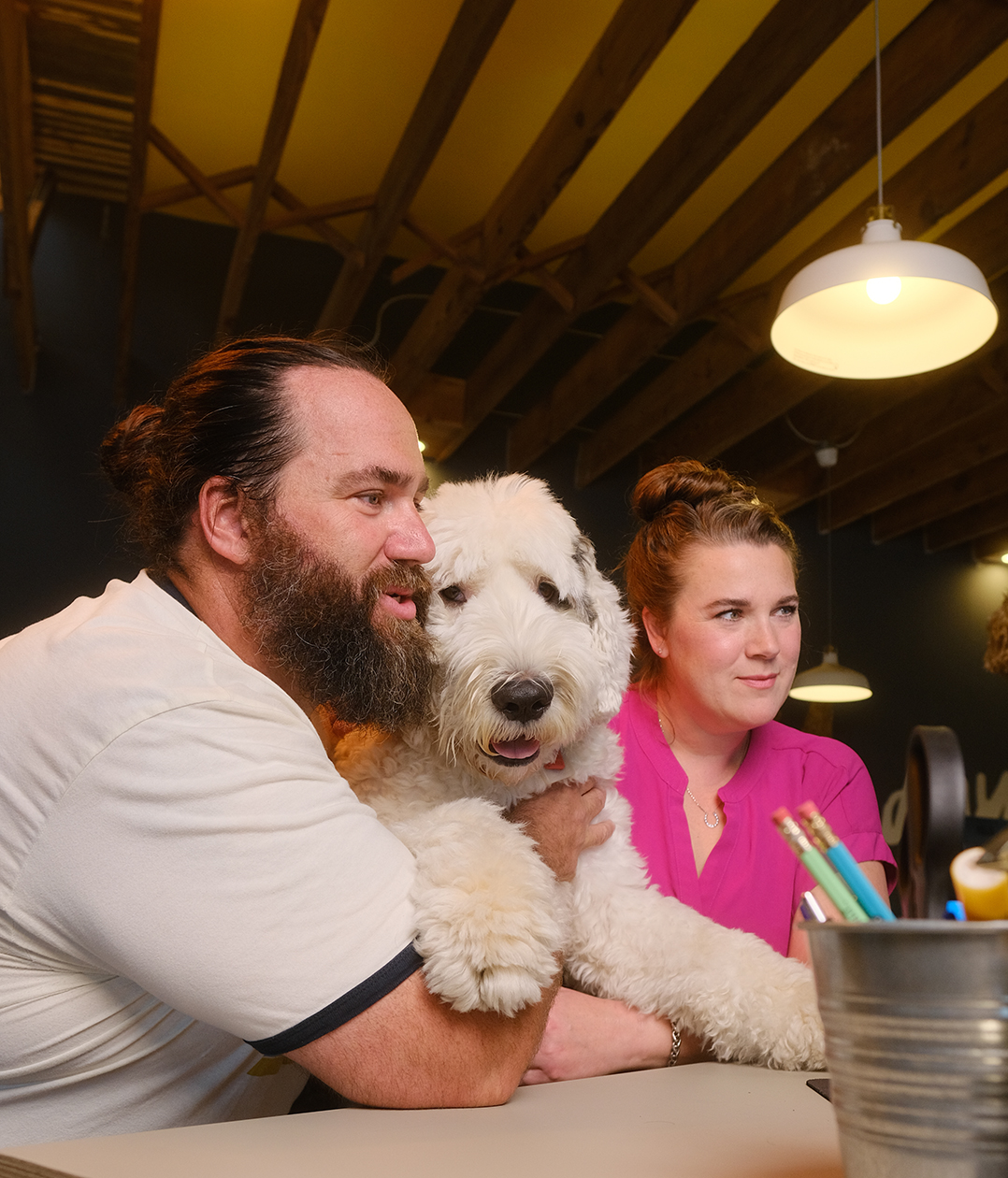 The interior of Parker Mortgage, 960 Logan St., Suite 200 has Pac-Man machine, bright colors, exposed brick, an office mascot named Millie, who is an Old English sheepdog, and a fully stocked bourbon bar with 650 bottles of bourbon.

“With a team, you’re all choosing to be there, you have common goals and everybody on the team has a role to execute for the whole team to be successful and win the game,” Tawni said. 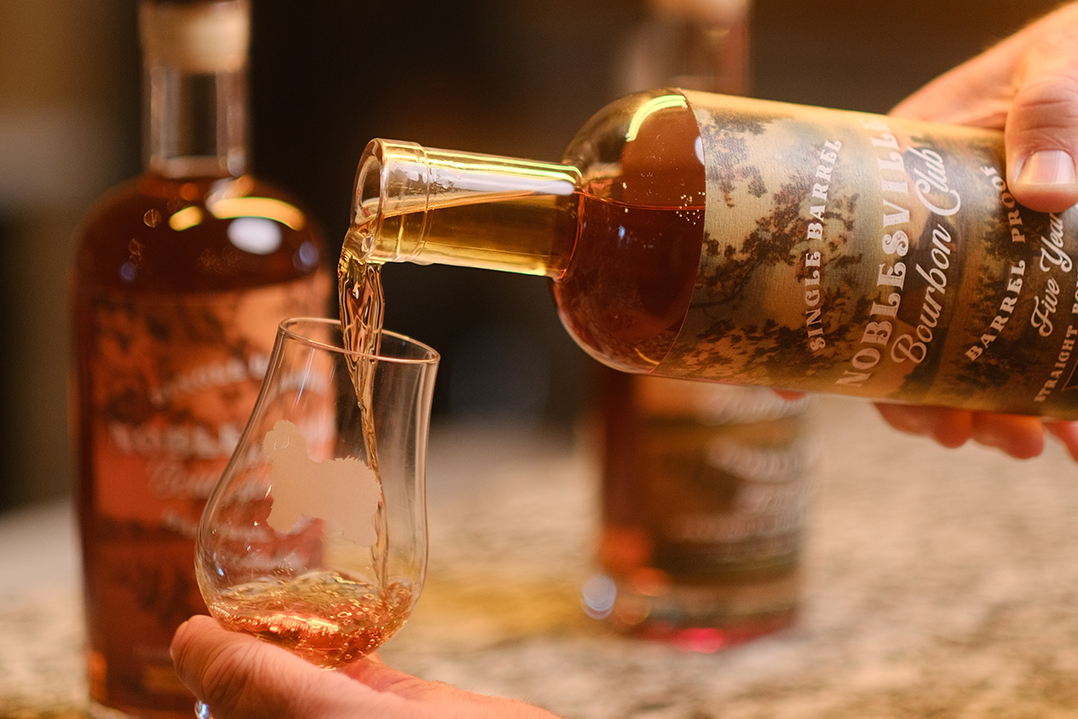 Why the bourbon bar?

Michael Partin has 650 bottles of bourbon – for display and for drinking — at Parker Mortgage in downtown Noblesville. That wasn’t always his intent.

“We were sitting at our (rented) office in The Mill, and I had an epiphany that I’m the boss and can have a bottle of bourbon on my desk,” Michael said. “That turned into four or five, and I did tastings with people around the office, so then it went to 30. Then, some Realtors started asking us if we would do bourbon tastings with them.”

So, the Parker Mortgage team purchased a class for Michael to become a licensed executive bourbon steward.

“That turned into, ‘Let’s do tastings here,’ so when we built this office, we built a bourbon bar in it specifically as an opportunity to love on people and host tastings for our clients,” Michael said.

The hobby became so large that Michael launched the Facebook group the Noblesville Bourbon Club, which has nearly 600 members.