You are at:Home»Current in Westfield»Westfield Community»Athlete of the Week: Maximus Webster helps lead Westfield football team to success

Not only is Westfield High School senior quarterback Maximus Webster quite efficient at the controls, but it’s the intangibles that really impresses Westfield coach Jake Gilbert.

“Maximus is one of the best leaders we’ve ever had here,” said Gilbert, who is in his 10th year as coach. “He’s tough as nails. He plays extremely hard and is always prepared. Maximus cares about all of his teammates and has the respect of the entire team. He’s a great mentor and big brother but also a great peer who fits in with everyone. He’s an All-State player and an All-State person.”

The 6-foot-2 Webster led Westfield to a 12-2 record in 2020, leading the Shamrocks to the Class 6A state title game before losing to Center Grove. After five games this season, Westfield was 4-1. 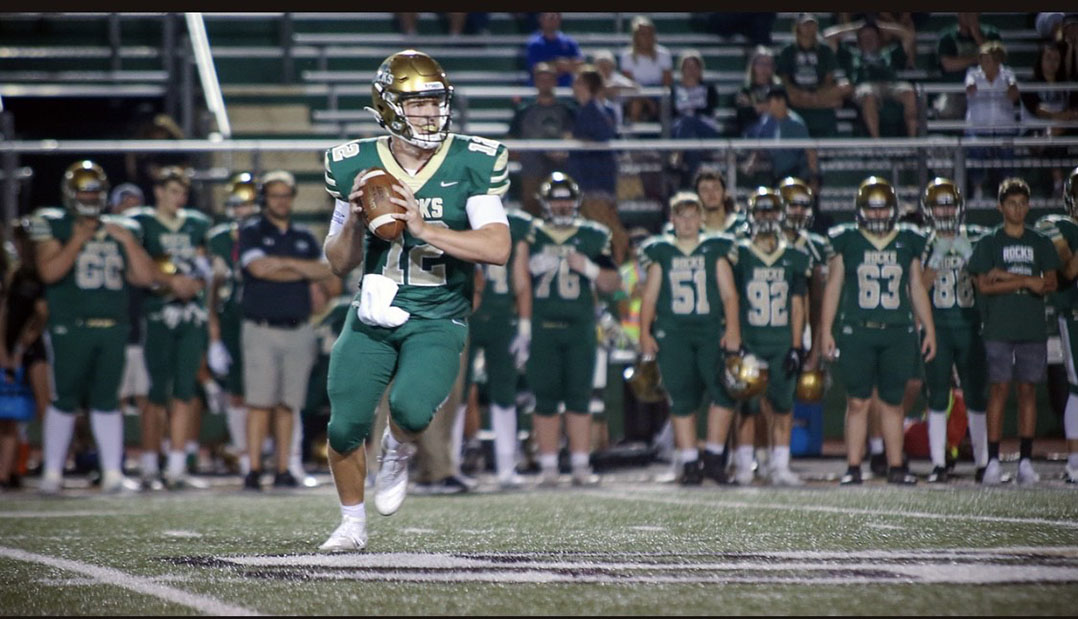 Webster had 28 touchdowns passes and five interceptions last season. His completion percentage was nearly 66 percent, which was a school record.

“He is very accurate and throws a very catchable ball,” Gilbert said. “Maximus has a strong arm but can throw with touch when needed.”

Through the first five games this season, his completion percentage was 71.2 percent.

“My main goal for this year was just to increase my completion percentage,” Webster said. “I wanted to increase my accuracy and throw the ball where the defense gives you and not try to force things downfield. I think my reading coverages has definitely improved,” he said. “It’s just another year under my belt to see new coverages. That’s definitely helped.”

His leadership ability has taken a step as well.

“I have a better connection with the guys,” he said. “There are people looking up to me this year. I learned from mistakes I made.”

Webster has made a verbal commitment to continue his football career at Ball State University.

“When I was there talking to the coaches, it felt like home,” he said. “Even the players would come up to me mid-workout and say what they like about the campus and the team. It all seemed so genuine. They’re a winning program. They’re close to home as well, so my parents will be able go to games.”

Webster was a linebacker in fifth and sixth grade on a Westfield travel football team. He first played quarterback in seventh grade for his middle school team.

“I played football, basketball and baseball growing up all the way through my freshman year,” he said. “Sophomore year I decided to give up basketball.”

“I started on vastly as a freshman in baseball, so that helped me become a leader as well,” he said. “I think playing multiple sports not only helps me as an athlete but also as a person.”