Several Zionsville Town Council members have expressed frustration with the town’s 2022 budget process. They question why they haven’t seen the town’s projected 2022 revenues, expenses and specific department requests with a little more than a month left before the budget must be adopted. 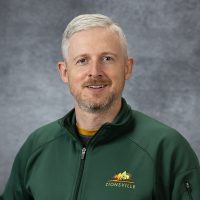 “My personal expectation was that at our town council meeting (on Sept. 20) we were going to have an explanation of financials to date — which was June 30, 2021 — and an explanation of the budget proposal,” Garrett said. “We were surprised when we got neither.”

Zionsville CFO Tammy Havard said during the council’s Sept. 7 meeting that the town’s switch to a new financial system, which the council approved last year, has prevented the sharing of financial information and that staffing shortages in the town’s finance department prevented the town from operating parallel financial systems until the new system was operational. However, Havard has informed the council during previous council meetings, when additional appropriations were before the council, of whether the town has had enough in its cash balances to fund certain additional appropriations. 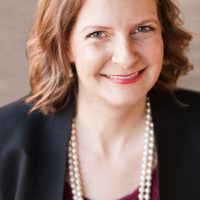 “(The) finance (department) has had access to the raw data but the information needed to be reconciled before providing to Council,” Havard stated in an email. “With the information starting out in the beginning of the year in one system and then bringing it over into the new system, the department wanted to ensure that any information presented was as accurate as possible. Like with any system transition, reconciling the information, setting up the system and reports, and training on the new system takes time. Throughout this process, our strong internal controls and processes have continued to be in place and include review/approval by legal and finance for any new agreements, large expenditures, capital projects and review of current contracts. As finance continues to reconcile the information, the reports will go out monthly. The delays in reporting are temporary but the benefits of the process and system changes will be long lasting.”

Council members were concerned by what Garrett said felt like “a compressed timeline.” At most, they will have a month to consider the different aspects of the budget because the council does not expect to see a proposed budget for 2022 until the Oct. 1 meeting. To date, individual council members have met with department heads in liaison meetings to discuss department requests, but councilors say specific financials, including projected revenues and specific expenses, have not been shared with the council.

During the council’s Sept. 20 meeting, council members were scheduled to hear a presentation regarding the town’s 2022 budget, but the presentation, given by Greg Guerrettaz, president of Financial Solutions Group Inc., primarily focused on how the budgeting process works and varying considerations, such as the pandemic’s expected effect on local income tax revenues, to the dismay of councilors. They hoped for the presentation to include specific information regarding the town’s projected revenues, expenses and department requests.

“My understanding, through email communication, (was that) this was supposed to be a high-level budget presentation,” ZIonsville Town Council Vice President Jason Plunkett said during the meeting. “What I struggle with is since 2017, being on the council, with the exception of last year and this year, we have had department asks and requests (submitted) by August, regardless of revenue. Then we dealt with revenue, if that’s what we needed to do. I guess I don’t understand why we don’t have that info.”

Havard, during the meeting, offered to share “the grand total” of what each department originally requested and what the administration’s recommendations are. But in an effort to reach a balanced budget, the administration has continued working on the budget because “the revenues are not there,” Havard said. Prior liaison meetings have occurred between a department head, council liaison and, in many cases, a representative of the mayor’s administration, but Garrett said the information councilors gleaned from the meetings did not include specifics.

“We kind of got very, very high-level information on, ‘A budget’s going to go up 10 percent,’ but we did not get an explanation as to the detail around that,” Garrett said. “It certainly didn’t provide the level of clarity we were hoping to get out of those meetings.”

This year, the council requested to be presented with a balanced budget, citing their frustration from last year when they were presented with an initial 2021 budget that exceeded the town’s projected annual revenue by more than $6 million.

“During (council liaison) meetings, (departments presented) their current service level and as well as their additional requests,” Harvard said. “During those meetings with some of the council members, we got feedback that some items should not be proposed as part of the budget, and that was the purpose of having those meetings. I do believe the council liaisons do understand the full request of what the departments have requested. Our job is to make it work within the revenue and to look at the sustainability plan and make cuts ourselves between the departments so that the departments can determine some of those priorities.”

The town, with assistance from Financial Solutions Group, is also establishing a sustainability plan that will serve as a financial guide for the town for next five years. Information for the town’s sustainability plan will be available Oct. 1, said Havard, adding that second round meetings with department heads and council liaisons were to be scheduled before Oct. 1.

“If there are any comments or feedback from the council on those individual budgets before we get to that sustainability plan, we will have time to work on that,” Harvard told the council Sept. 20.

But Plunkett disagreed with the administration’s handling of the budget process so far.

“Operationally, the mayor’s administration is looking (at) how to provide the services,” Havard told him in response.

Plunkett, perplexed by the administration’s decisions in relation to the 2022 budget, said he was surprised the administration “would not want to share and disclose (specific expenses and requests) with all of us so that we could work together on what each department wants.”

Guerrettaz, who works with numerous other municipalities in central Indiana during budget season, acknowledged there are several ways for a municipality to construct its budget. However, Guerrettaz said he is accustomed to more participation from town council members during workshop meetings prior to budget presentations.

“I guess (Havard) was under the understanding that you wanted a balanced budget,” Guerrettaz told the council. “I think the route she was trying to take was to get the mayor’s priorities within the balanced budget, but I’ve heard you loud and clear that you’d like to see the entire package, too. That’s also common. It’s also common, the path we are taking, where the mayor presents the budget and says, ‘Here’s the priorities, and here’s what we’d like to fund.’”

Council member Alex Choi said the budgeting process to date has established the mayor administration’s priorities but not the council’s. But Garrett said the council has submitted its priorities.

“Some were put in the budget, some weren’t, and that makes sense,” Garrett said during the meeting. “I think what we haven’t seen then is how did that shake out. If it didn’t shake out in a way that was a huge priority for us, well, how do you make that up? Is there something else that was another priority that needs to not be in there? Do we need to spend additional money to convey that priority? That’s the dialogue that we are missing, and it starts feeling like we get to crunching down to, ‘Well, now we only have a month to do all this stuff.’”