You are at:Home»Current in Zionsville»Zionsville Community»Zionsville man sentenced for 2019 killing near Town Hall

On Sept. 28, James E. Hughes, 26, of Zionsville was sentenced to 50 years in prison, with 5 years suspended, followed by 2 years of probation, in the shooting death of Samuel T Bennett. The shooting occurred on the morning of April 28, 2019, behind Town Hall. 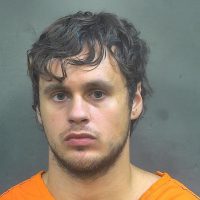 In the early morning hours of April 28, 2019, at least six Zionsville residents reported hearing gunshots at the Rail Trail near Zionsville Town Hall, according to court documents. Police found Bennett’s body in a retention area near Town Hall. He had been on the trail for an early morning run. A gun was discovered near the crime scene, and DNA evidence traced the gun back to Hughes.

Law enforcement determined Hughes and Bennett did not know each other, calling the shooting “a random act of violence.”

“Our hearts and prayers continue to be with the Bennett family and friends,” Boone County Prosecutor Kent Eastwood stated. “This was a tragic, random act that shook the family and the Zionsville Community. We hope the guilty plea and the sentence imposed can help bring some healing to all.”

The case was prosecuted by Deputy Prosecutor TK Morris and was investigated by the Zionsville Police Dept.