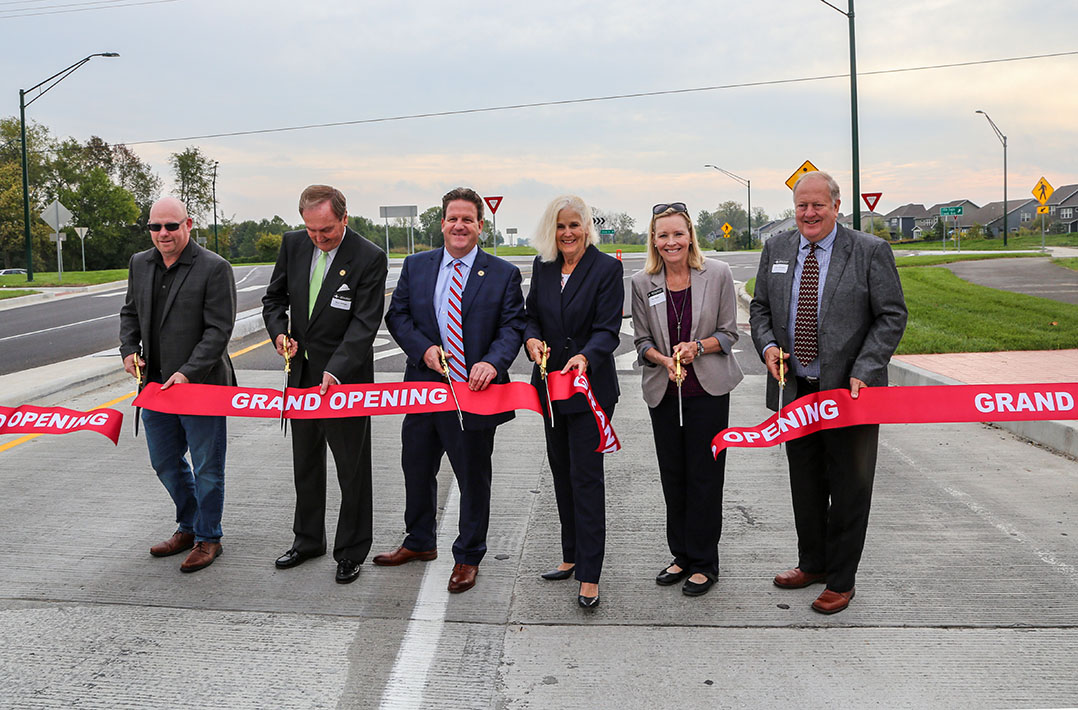 Hamilton County officials celebrated the completion of Phase 3 and 4 of the West 146th Street corridor improvements with a ribbon cutting ceremony on Oct. 11 near the border of Hamilton and Boone counties. Phase 3 and 4 stretch from Towne Road to the western border of the county. Hamilton County began to expand 146th Street from a two-lane roadway to a four-lane roadway with a center median in 1998. For the past 23 years this expansion has been continuing improvements both to the east to I-69 and now to the west. 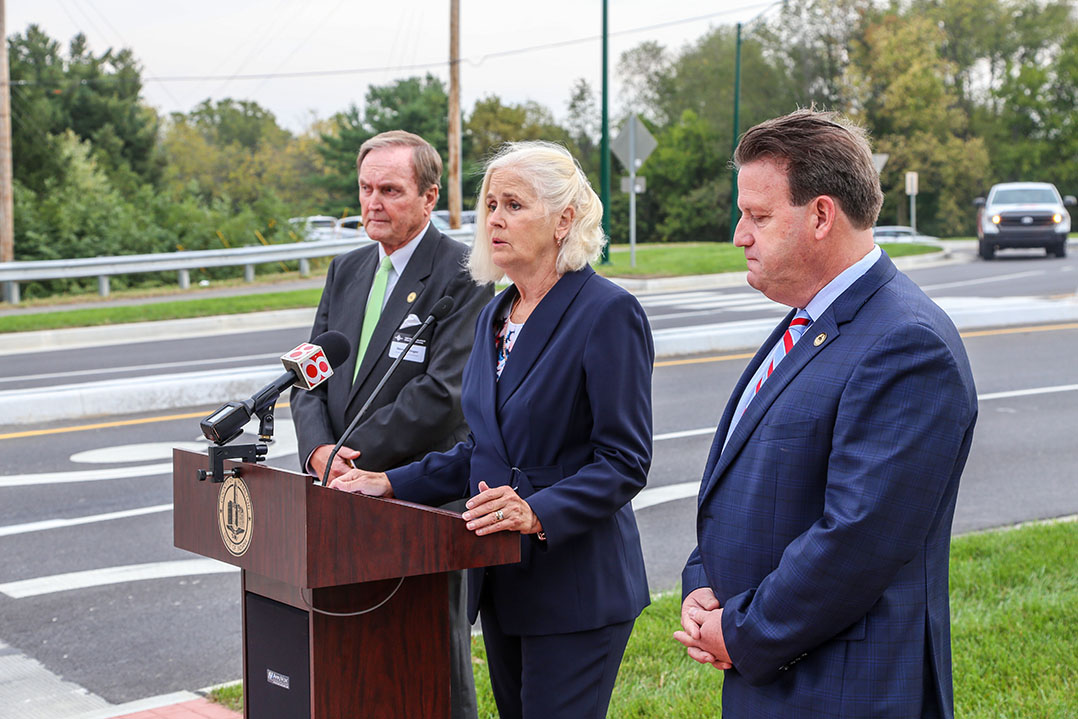