You are at:Home»Current in Carmel»Carmel Business Local»Ali’i Poke to open 2 restaurants in Carmel 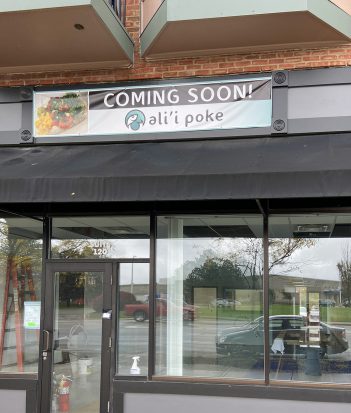 Poke bowls, a traditional Hawaiian cuisine, will make their Carmel debut with a planned mid-December opening at 12545 Old Meridian St. Approximately a month later, in early 2022, another restaurant will open in Carmel near the Zionsville border at 4335 W. 106th St.

Poke is a Hawaiian dish rich in protein and fresh ingredients. Also known as “deconstructed sushi,” the rice at Ali’i Poke comes in a bowl instead of wrapped in a roll.

At its core, Hawaiian poke is seasoned tuna over a bowl of rice. However, as the dish has moved eastward over the mainland, it’s evolved into more choices.

At Ali’i Poke, customers select their base (sushi rice, brown rice, or a spring mix), protein (mainly fish choices such as tuna, salmon and shrimp), ingredients (an array of choices like edamame, pickled ginger and avocado) and sauce (like spicy mayo or sriracha).

Every order is individually prepared, and the staff can work with customers on a gluten-free diet as well as those with allergies.

The menu is popular with customers on the run — literally.

Lopez said he’s seen 20 percent growth in the customer base each year since 2018 when the first store opened.

The new Carmel locations will join existing restaurants downtown near the IUPUI campus and a location in Fishers.

Lopez said that managers and other key employees are needed at the two Carmel restaurants. Learn more at nowhiring.com/AliiPoke.