You are at:Home»Current in Zionsville»Zionsville Cover Stories»Face to Face: Zionsville artist helps others process grief through portraiture

After her 54-year-old husband died suddenly in 2012, Zionsville resident D. Anne Jones founded a nonprofit to help others who have unexpectedly lost a loved one, and in the process she found a way to process her own grief.

Jones, 61, is the founder, executive director and primary artist of Face to Face Fine Art, a Zionsville-based nonprofit that provides free hand-painted portraits for families or individuals who have lost a loved one to a sudden, unexpected or tragic death. Jones started the organization to aid others in their grieving process and commemorate the deceased by creating “a lasting memory of their life.”

In 2012, Jones lost a sister to a brain tumor. Her mother, a 22-year pancreatic cancer survivor, died seven weeks later. And at her mother’s funeral, the day before Mother’s Day, another tragedy struck.

“We said, ‘Next Saturday is going to be a fun time, it’s my son’s wedding.’ And that morning, my husband did not wake up. We had a wedding, but it was so surreal,” Jones said. 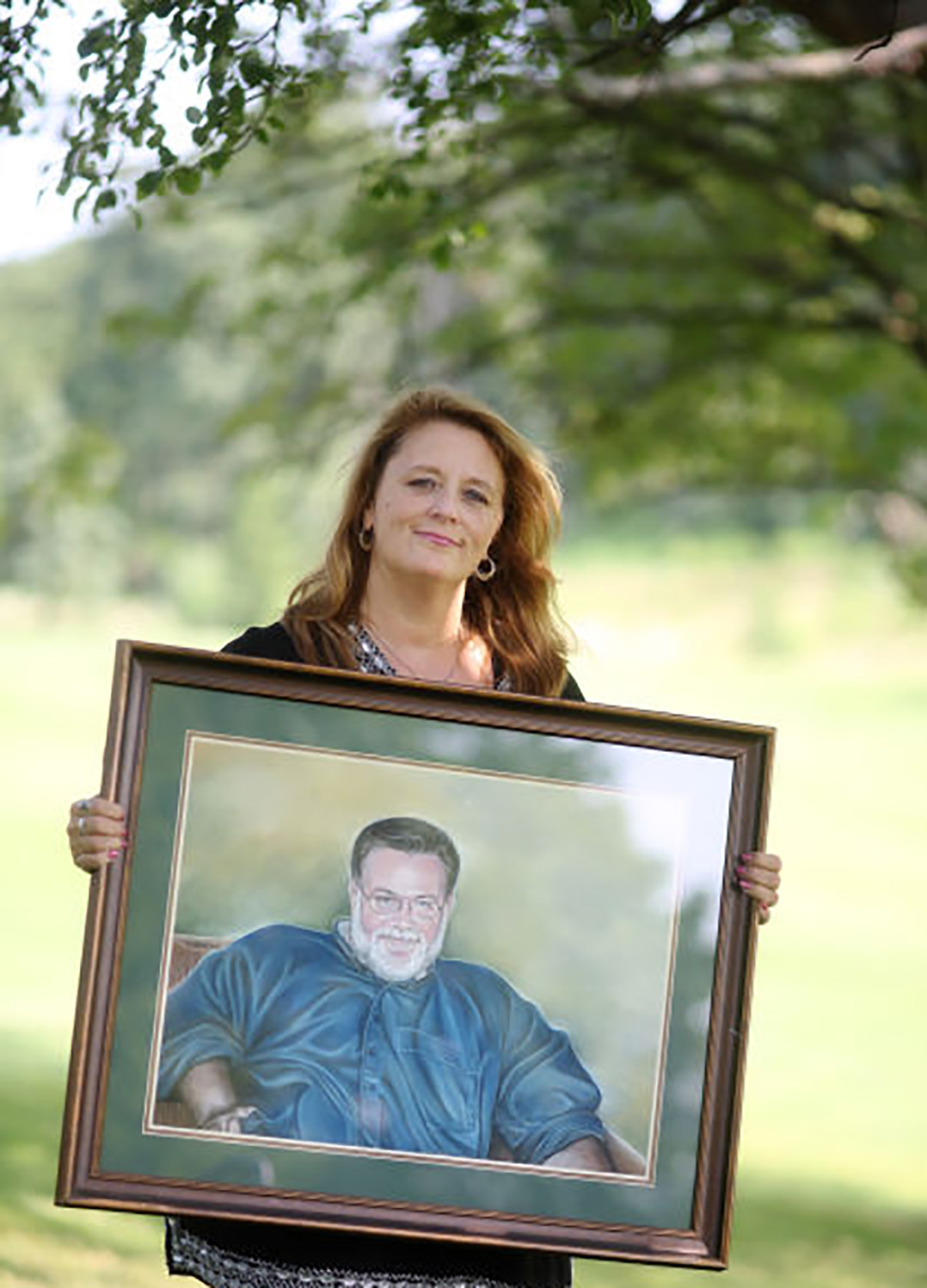 Jones’ husband, Christopher, died at the age of 54, when Jones was 51. But before his passing, Jones had already thought of starting the nonprofit, and his death reaffirmed her belief that it was something she needed to pursue. Face to Face was created in 2013, and more than 200 portraits have been completed for those who are selected by the group’s board of directors.

“We were matting them and putting them under glass, and when we took them to the Holy Land, we had photographs of the drawings themselves put on canvas, and we rolled the canvas and took it to them, so I’ve started doing that,” Jones said. “Now when I do the drawings, I take a photograph of it, and I upload it to the internet, and we present them with a framed canvas. It’s a lot more visible and durable. You don’t have to worry about smearing it or breaking the glass.”

In the past eight years, Jones has made portraits of police officers and firefighters who have died in the line of duty, and of children and people who died recently and those who passed long ago.

“One lady, her grandson had an aneurysm at 5 years old,” Jones said. “She couldn’t stop seeing him in the hospital with all the tubes running in and out. We did a portrait of him, and it made her feel better about it. That’s the whole thing. We help them through the grieving process, commemorate the life of their loved one and keep their memory alive for generations to come.”

While Jones has helped others process their grief, she also has found solace in her work.

“It’s been really therapeutic for me,” Jones said. “I’ve been a portrait artist for 49 years, since I was 12 years old. For 10 years in Crown Point, I did art shows and craft shows and malls on the weekend 46 weeks a year. That helped me get good at portraiture. I was tired of doing shows and came up with the idea before anybody died, and it was kind of like God or fortune or whatever put me through it so that I could identify with other people.”

In 2019, Jones’ daughter, Leah, unexpectedly died at 37, leaving behind one of Jones’ grandchildren. The loss inspired Jones to move from South Bend to Zionsville on Feb. 29, 2020, to raise her 11-year-old grandchild. A few weeks after she moved, the COVID-19 pandemic began, forcing the two to socially distance from the rest of their family, who live in central Indiana, for several months.

During the pandemic, however, Jones committed herself to Face to Face full time, and she continues to create portraits out of Zionsville.

“When you feel bad and you’ve done something for somebody else, it makes you feel better,” Jones said. “When I first started doing them — and not so much now — I would get along fine, not crying every day over my husband and sister, mom. And I would start crying. I couldn’t figure out what was going on, and it was kind of like I felt the pain of the people I am working on before I would do a portrait. So, I get to know them, and I talk to them and I pray over the portrait, that it will be a source of healing and joy in their (loved ones’) lives.”

A source of healing

Zionsville resident D. Anne Jones, the founder, executive director and primary artist of Face to Face Fine Art, has made hand-painted portraits for families or individuals who have lost a loved one. Below are some of the portraits: 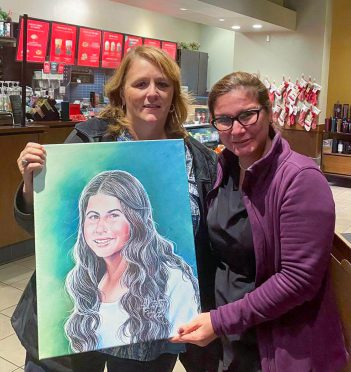 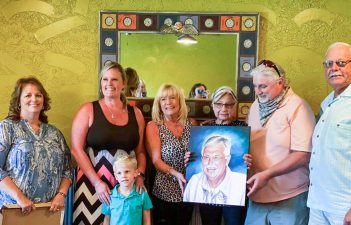 A portrait of Ronald Lewis is presented to his wife, Sandy, and family, including Cindi Walker Kawka and her brother, Greg, on July 17, 2020. Lewis died suddenly during the COVID-19 stay-at-home order. 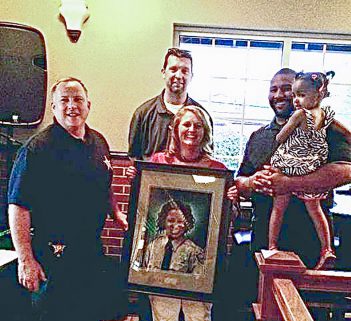