You are at:Home»Current in Zionsville»Zionsville Community»Two suspects arrested after high-speed chase on I-65

Whitestown Metropolitan Police Dept. officers arrested two Chicago residents after the pair led officers from multiple agencies on a high-speed chase on Interstate 65 on Nov. 2 that resulted in police firing at the suspect’s stolen vehicle. 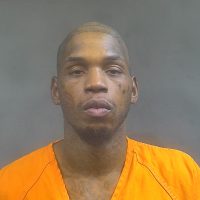 The driver, Ricki Taylor, 33, and passenger, Jameisha Carter 26, both of Chicago, were both being held pending charges of resisting law enforcement and theft as of Nov. 3. Upon being interviewed, the two admitted to stealing “a significant amount of merchandise” from the ROSS Dress for Less off Perry Worth Road in Whitestown, according to the WMPD.

WMPD Cpt. John Jurkash, the department’s public information officer, said it is unknown if cash was stolen from the store but that the investigation is ongoing.

Taylor drove southbound on I-65 until one of the vehicle’s tires blew, but he continued to flee. Taylor exited at the 71st Street Exit in Indianapolis and turned back onto I-65 northbound. 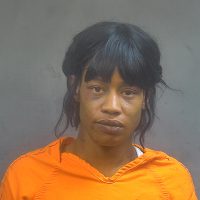 A Lebanon Police Dept. officer was waiting at the 128 mile-marker turn-around to deploy tire deflation devices. Taylor attempted to avoid the devices, turning westbound into the turn-around, almost striking the LPD officer. According to the WMPD, as the LPD officer retreated, Taylor’s vehicle continued toward the officer. The officer then discharged their gun. Multiple shots were fired, and at least one round hit the vehicle, LPD Public Information Officer Tre Comage said. Taylor then drove southbound as officers continued the pursuit.

A WMPD officer attempted a PIT maneuver to end the pursuit, which was unsuccessful, and Taylor and Carter continued southbound before a second PIT maneuver stopped the vehicle between the 128- and 127-mile markers southbound. The driver and passenger were apprehended without further incident. No suspects or law enforcement officers were injured during this incident. The stolen vehicle was recovered for processing, Jurkash said.