You are at:Home»Current in Carmel»Carmel Community»Retired Air Force major to speak at Carmel’s Veterans Day ceremony

Although it will be in a different format, retired U.S. Air Force Major Matt Modleski will be making a return appearance as keynote speaker for the City of Carmel Veterans Day ceremony. 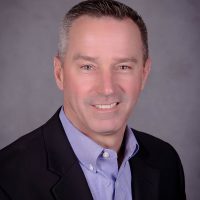 Modleski, who appeared in a virtual ceremony amid the COVID-19 pandemic last year, will give a new speech during the ceremony set for noon Nov. 10 at The Tarkington at the Center for the Performing Arts in Carmel.

“The theme of the day is ‘Freedom isn’t Free,’ so I will echo that theme as well as share some lessons learned from my time as a veteran and Thunderbird (pilot) and thank those in the audience who have also served,” said Modleski, who has lived in Noblesville for seven years after living the previous 10 years in Carmel.

Modleski, an executive vice president for corporate and business development for Orchard Software, retired Sept. 1, 2000, from the Air Force after 20 years. He spent two years flying with the Air Force’s Thunderbirds demonstration team for the 1996-97 shows.

“I left the team in February 1998 after training my replacement,” Modleski said.

Modleski served seven years as an enlisted member prior to attending Officer Training School in 1987.

Modleski is married to Dianne, his wife of 34 years. The couple has two sons, Keaton, a junior at Purdue University, and Jacob, a junior at Guerin Catholic High School.

The ceremony will open with patriotic music by the Mohawk Trails Elementary School choir and a performance by Actors Theatre of Indiana. Carmel Mayor Jim Brainard and Carmel Clay Schools Supt. Michael Beresford will offer remarks.

There also will be recognition of “Freedom is Never Free” student poster and essay contest winners.

The kindergarten through fifth-grade students participated in the poster contest, and middle school students in sixth through eighth grade wrote essays to enter into the contest. One student is selected from each grade level to attend the ceremony and present a poster or essay during the event. The ceremony is available on Carmel TV on Carmel.in.gov, Facebook.com/CityofCarmel and YouTube.com/CityofCarmel.