You are at:Home»Current in Westfield»Westfield Community»Knox to leave role as Grand Park director 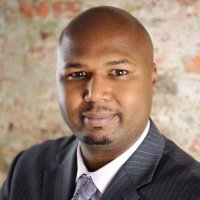 Grand Park Director William Knox announced he would be leaving his role effective at the end of this year at the October Westfield Redevelopment Commission meeting.

Knox is the founder/CEO of Legacy Sports Group. He plans to focus on his company, which provides facility management and event management services, and offer the services to Westfield on a contract basis.

“There is still a desire for me to continue to work her in some capacity, to continue what has evolved over the years in the way of turning the City of Westfield and Grand Park into the sports capital of America,” Knox said.

RDC member Doug Holtz wanted to change the length of the contract agreement from 18 months to 24. The RDC wanted to make the change but didn’t formally vote on the agreement at the meeting.

“Obviously, William, we hate to see you leave, but on the other hand, we are glad you’re staying through a different structure,” Holtz said. “Going through your agreement, obviously there are many pros – continuity of operations, your history with the park and cost savings, but more importantly, the continuity of the operations of the park.”
The RDC did not specify how much money it would save by approving the agreement. RDC member Linda Naas said she Knox’s associations with national organizations would be beneficial.

Knox said he expected to spend 80 percent of his time or more on Grand Park.