Westfield High School senior Alayna Miller never expected she would be off to see the Wizard. 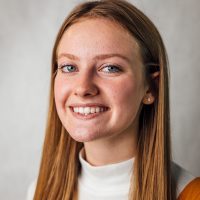 “To be quite honest, when they announced we were doing ‘The Wizard of Oz,’ I did not think once that I would be doing Dorothy,” Miller said. “I was honestly shooting for Glenda because I didn’t think I’d be able to get Dorothy. When callbacks came out and I didn’t get one for Glenda, I thought, ‘Oh, no, it’s over.’”

Miller said she was shocked to learn she had been cast as Dorothy. Westfield High School will present the classic musical at 7 p.m. Nov. 18-19 and 2 and 7 p.m Nov. 20 in the auditorium.

“I’m so excited I get to be Dorothy in a production in something that is so close to everyone’s heart,” she said.

Miller’s two favorite scenes happen in Munchkinland with all the colorful background.

“Then during the Act 1 finale, we are walking through the poppy field and the flowers start singing, everything comes to life,” Miller said. “It’s such a beautiful, magical moment.”

Miller said her favorite song is “If I Were King of the Forest” performed with the Scarecrow, Tin Woodman and the Cowardly Lion.

“The four of us are singing in four-part harmony,” Miller said.

Miller said it is one of the few songs the singers can belt out.

“I prefer musicals because I’m more a singer than I am an actor,” she said. “It was a bummer not to do a musical last year, but we got to do a cabaret.” 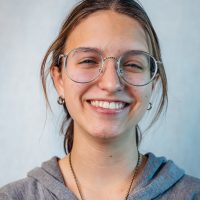 “It’s very fun because we have big set pieces and a lot of bright colors,” said Owens, adding that also presents a challenge. “I like building sets, getting down and doing it myself.”

WHS teacher Lance Grubb, who is directing, said the biggest challenge is the fact that the school ran out of all resources before the COVID-19 pandemic during the 2020-21 school year.

“We had to become extremely resourceful,” Grubb said. “Everything we use on the set is used two to three different times because we didn’t have the resources.”

Grubb said “The Wizard of Oz” was the first show he performed in as a kid, and it is now his first show as lead director. The previous two years he was the assistant director.

Tickets are $12 for students and $15 for adults. For tickets, visit whsperformingarts.com. There also will be a recorded performance at 2 p.m. Nov. 21.