You are at:Home»Current in Geist»Geist Community»Lawrence delays water main project until spring 2022

A water main replacement project in Lawrence has been delayed until March 2022 because of supply chain problems and COVID-19 quarantine issues with the contractor.

City of Lawrence Utility Supt. Scott Salsbery said the project was supposed to begin this year, but nationwide supply chain issues pushed the start date to October. Then the contractor, Miller Pipeline, dealt with quarantine issues after employees were exposed to COVID-19, and the start date again was delayed to the end of November. 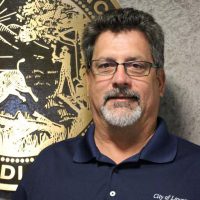 “When you get around Nov. 29, we are starting to get pretty cold out consistently, so we don’t necessarily relish the idea of having the water mains sitting out in the cold until they get installed,” Salsbery said. “Not only that, but they will be digging up and exposing water lines and service lines in what could be extreme cold weather. So, with the nature of the work involved, we would be having not only pipe exposed but also constructing stuff with cold materials. It’s just not necessarily a good idea.”

The $1.7 million project will replace the water mains on Maple Lane, Zeller Avenue and Wallingwood Drive.

“These are old, undersized mains. We have issues with them as far as poor fire flow capabilities, heavy iron build-up, that kind of stuff,” Salsbery said.

If weather is consistent in March, Salsbery said the project could be finished in six months. He said there shouldn’t be any long-term road closures, but there will be traffic restrictions.