You are at:Home»Current in Geist»Geist Community»Freeman to share social media success at UNconference

At one time, Angela B. Freeman seemed an unlikely speaker at the 10th Social Media Dames UNconference.

“I was absolutely resistant to getting involved in social media,” she said. “Still to this day, I don’t have a Facebook page. I’m only on LinkedIn. I was really encouraged to do that when I became an attorney by my law firm. Now, I recognize and appreciate how important that is. It just wasn’t part of my world when I worked at Eli Lilly & Co. as a scientist because we weren’t really public facing. 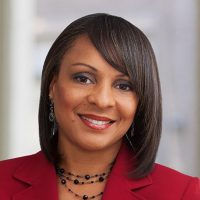 “We didn’t need to have a social media page professionally.”

Freeman, a Geist resident, is a partner and intellectual property patent attorney in the Indianapolis office of the law firm of Barnes & Thornburg LLP. She will be one of the storytellers at the Unconference, set from 9 a.m. to 2:30 p.m. Nov. 19 at the Huston Theatre at Launch Fishers.

“I will speak to how being now, in a public-facing role as a private practice attorney, where you need the public to know what you are doing and what you are involved in because that helps develop the business, social media has been key to that,” Freeman said. “I’m diligent about posting a lot of good work that I am involved in and the organizations I’m involved in. People very much have a sense they know me, and I know you are doing good work because I see you on social media.

“It has been a phenomenal tool that I certainly didn’t appreciate when I was coaxed into joining LinkedIn around 2012.”

Freeman said she often shares legal successes and honors on LinkedIn for herself and the firm. She also shares the work she does with nonprofits.

Freeman first began her practice as a law clerk while attending the Indiana University Robert H. McKinney School of Law at night. She joined Barnes & Thornburg in 2012.

With a background of more than 15 years as a biologist prior to her legal career, Freeman spent 12 years of her scientific career as a genetic researcher and clinical scientist at Eli Lilly, with previous research experience at a Louisville-area birth defects center.

“I always want to support women however I can, so this UNconference seems like a unique opportunity,” said Freeman, who encourages females to get involved in STEM courses.

Freeman was recognized on the 2021 and 2022 Best Lawyers in America Inaugural “Ones to Watch” list for patent law. She also was named as a Trailblazer at the 2020 Torchbearer Awards by the Indiana Commission for Women.

Freeman also was recently named the host of a new monthly podcast by the Indianapolis Business Journal called “The Freedom Forum with Angela B. Freeman,” which explores the intersection of business, race and gender in Indiana.

For tickets to UNconference, visit smdames21a.eventbrite.com.