A group primarily of Carmel parents has launched a political action committee created to support Carmel Clay Schools by endorsing and fundraising for school board candidates in the 2022 election that adhere to the district’s guiding principles. 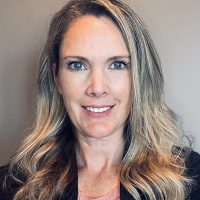 Nicki McNally, a mother of three CCS students and one graduate, took the lead in forming Support CCS, which, in addition to supporting certain candidates, aims to stop the spread of misinformation and promote positive happenings in the schools.

The PAC launched in large part in response to another group, Unify Carmel, which has announced its intentions to support school board candidates who want to end the district’s diversity and social emotional learning initiatives, among other goals.

McNally said she is among many CCS parents who believe the district is already heading in the right direction in most areas, as evidenced by its impact on their own children and others who are succeeding at the highest levels.

“Nobody is talking about that. They’re only talking about indoctrination and failing test scores without any reference or relative information about what might have actually happened,” McNally said. “Meanwhile, the kids are continuing to graduate as National Merit finalists, getting into top colleges, succeeding in colleges across the state and across the country.”

Three of the five CCS school board seats will be on the ballot in 2022. The Support CCS team will vet each candidate who files for school board to assess their alignment with the district’s guiding principles, which include placing students at the center of every decision and open and transparent communication. If candidates that fit their criteria don’t step forward, they plan to seek them out and encourage them to run.

“We will look into finding candidates that are moderate, can work with all sides and support the mission and guiding principles of CCS,” McNally said. 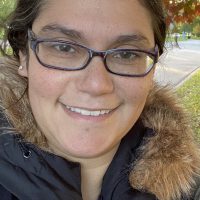 Diane Hannah said she is helping launch Support CCS because she’s been thoroughly impressed with the district, especially the efforts her son’s teacher has made to smooth his transition into kindergarten. She’s also grateful for the district’s diversity, equity and inclusion initiatives, as her son has already been impacted by hurtful words from other students regarding his Jewish heritage.

“It hurts my heart to think of all the work (educators) are doing that’s getting devalued and publicly disparaged,” Hannah said. “People are just nasty. They’re taking national politics and forgetting that the people they’re attacking are their neighbors who care about their children.” 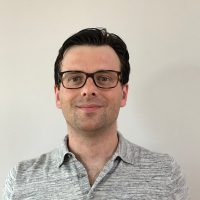 Luke Reader, who moved to Carmel in the summer of 2020 from Ohio, also has been pleased with the education his two children are receiving at CCS, specifically with how teachers have “zeroed in on their intellectual curiosity.” He’s serving as the PAC’s communications chair.

“I think there’s a lot of misinformation going out to people living in Carmel about what’s happening in the schools,” he said. “I think it’s really important to get factual, accurate information about what the schools are doing for our students to reach the vast majority of parents living in Carmel whose interaction with what’s going on might be glancing through a newspaper or looking at social media.”

McNally said she is connecting with parents in nearby school districts to help them form similar organizations and plans to also form a PAC that encompasses all of Hamilton County.