You are at:Home»Current in Zionsville»Zionsville Cover Stories»Taking flight: Local teen starts nonprofit to help those with disabilities

Trevor King, 17, of Zionsville has been interested in flying for as long as he can remember. His parents don’t know where his passion originated, but he recently channeled it into a nonprofit he hopes will give people with disabilities the opportunity to fly.

“Ever since I was probably 10, that’s all I ever wanted to do,” Trevor said of his aviation pursuits.

His parents, however, were surprised by his newfound passion.

“We have no idea where (her son’s interest in flying) came from,” said Jill King, Trevor’s mother. “No one in our family, no one we know are pilots, so it kind of came out of the blue.”

When Trevor was 12, the family planned a trip to Florida for spring break. Trevor kept saying he wanted the family to fly to there, and his parents couldn’t figure out why. They suggested a road trip, but Trevor persisted. Eventually, he said he didn’t care if they flew, but he wanted to visit the airport.

“That’s when he really articulated to us (that) he loves being at the airport. He loves being in the presence of planes,” Jill said. “Any shape, form or fashion that he could be around, that was what he was after. So, we kind of encouraged whatever his love was at that point.”

Trevor’s parents gifted him a discovery flight at 16 for his birthday, enabling to fly for the first time in a small aircraft. He started flight lessons soon after. By 17, he was piloting his own flights in small airplanes.

During a spring break trip to Juniper, Fla., in 2020, the King family stayed with friends from Carmel. Their friends, the Clodgos, have a son named Josh, who has cerebral palsy, a group of disorders that affect a person’s ability to move and maintain balance and posture. Trevor showed Josh a video of him landing a plane during their vacation, and Josh rewatched the video “hundreds of times” because he was so excited by it, Jill said.

“That’s what gave me the idea to do it,” Trevor said. “Basically, to fly you have to meet certain physical standards. And, unfortunately, a lot of people will never get the chance to do that because of physical or mental restraints, because it is very selective.” 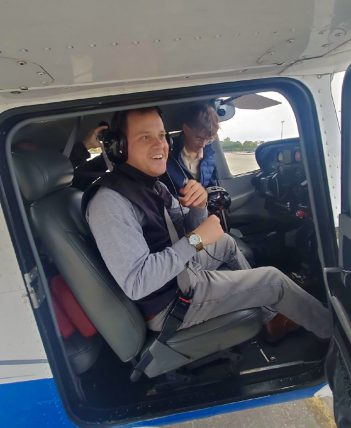 Josh Clodgos buckles in for the flight.

Trevor noted Josh’s excitement when watching the video and promised Josh he would take him on a flight when he turned 17 – which Trevor did.

Now, Trevor wants to bring the joy of flying to people with disablities through Flight of Faith Inc., a nonprofit he and his father, Jimmy King, recently created. They want to give children with disabilities a once-in-a-liftetime opportunity to see the world from a different vantage point by flying them in a four-seat, single-engine airplane he rents and flies at the Indianapolis Executive Airport near U.S. 32.

“(Trevor) is very ambitious when it comes to things like (Flight of Faith),” Jill said. “He is all about starting businesses. I think it’s something he will do more of as an adult. He is not afraid. He has business owners helping him build a plan. They are putting together a plan so that he can get in front of investors, and it just amazes me because at 17 I know I never would have done that.”

As of Nov. 12, Trevor had piloted just one Flight of Faith flight, with Josh, but he said another was scheduled within the week and more were scheduled soon after, weather permitting.

The King family has contacted organizations that work with special needs children to try to arrange more flights. They encourage anyone with a child with disabilities who is interested in flying with Flight of Faith to contact them at flightoffaith.org or by emailing them at info@flightoffaithe.org. Trevor said his goal is “to reach as many people as possible.”

Trevor is a senior in high school and takes online classes through Logos Online Academy. He plans to continue pursuing his aviation dreams in college at Embry–Riddle Aeronautical University in Florida. 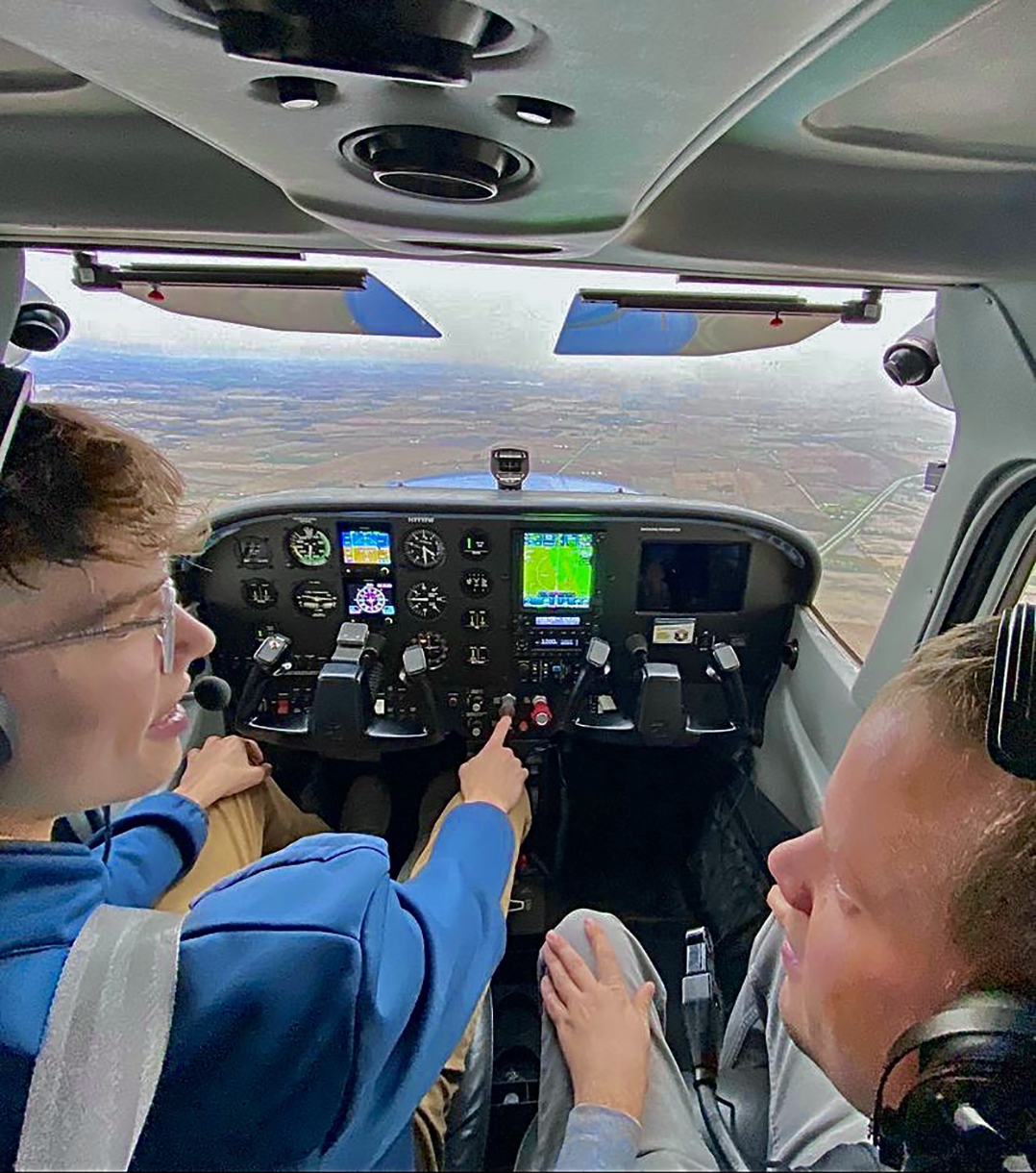 An act of faith

An important aspect of Trevor King’s life is his Christian faith, and he incorporated it into Flight of Faith Inc.

“I grew up my whole life Lutheran and very strong in that belief,” Trevor said. “It’s all about treating others how you’d like to be treated.”

His family has noticed the way Trevor’s faith has shaped his character.

“Trevor has always had a heart for special needs people,” said Jill King, Trevor’s mother. “He’s always been a caretaker. That’s just always been a natural thing for him. His faith is a huge part of his life. He’s gone to a Christian school his whole life, and that has definitely played into it, as well.”