Carmel High School has developed a powerful athletic program during the past 40 years.

“I wanted this to be a story about the trajectory of Carmel athletics from county underdog to state-level powerhouse, but picking the cutoff point was difficult,” author Andrew Wright said. “I chose to end it with the fall of 1981. That season, Carmel placed in the top three in six out of seven IHSAA state tournaments and came away with four championships, including the third football championship in four years and the first championship in girls swimming.” 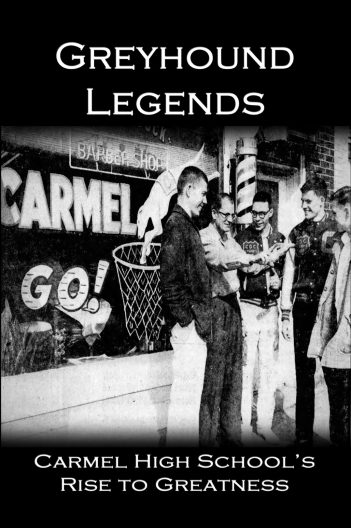 CHS now has recorded 162 IHSAA state championships, including 35 consecutive state titles in girls swimming, a national record for all sports.

Wright starts the book with a brief history of sports played in the schoolyard during the district school era.

“There were no youth leagues or school-sponsored sports, but the kids took the games they played at recess seriously,” Wright said. “They played a variety of games that included early versions of baseball and field hockey in the 1850s through the 1870s. Soccer became popular in the 1880s. From there the book goes into high school sports, beginning with the first team of record, Carmel’s 1896 football team.”

Wright said football was considered such a dangerous sport at the turn of the century that the Chicago Tribune compiled and published an annual report of the deaths and serious injuries that resulted from the game.

“Many parents were opposed to their sons playing it, and Carmel only had a high school enrollment of about 70,” Wright said. “It was difficult to fill a team, and the high school discontinued football in 1908. The football program was revived  (in) 1926-1934. Carmel got pretty beat up during that span, posting losing records in eight out of nine seasons. In 1932, the Washington Continentals of Indianapolis beat the Greyhounds 104-0. In 1934, the team went 0-5 and was outscored 117-0 by their opponents. However, in the middle of all of those losing seasons, the 1931 team was incredible. They went 7-1.”

“Imagine what that must have been like for the players to have an NFL player come to their small school and turn the program around,” Wright said. “Nyers was also integral in establishing the Carmel Dads’ Club and the Carmel Pups program.”

The book recounts the story of brothers Billy and Dave Shepherd.

“Everyone knows both were named Mr. Basketball, but hopefully they’ll enjoy reading how they got there,” Wright said.

There also is the tale of the school’s first state basketball championship.

“Mark Herrmann, Bart Burrell and Jon Ogle played basketball and football together since they were in junior high,” Wright said. “They came up one point shy of winning the state championship in football in 1975 but won it in basketball in 1977. The team entered the tournament series with seven losses, and it seemed like everyone had given up on them.”

However, the players blocked out the doubters and listened to coach Eric Clark in the drive to the title, Wright said.

“All of his accomplishments were due solely to his athletic talent,” Wright said. “Carmel did not have a track, so he trained on grass under three different coaches in four years, none of whom had a background in the sport. During his junior year, he posted the second-fastest 100-yard dash in the country with a time of 9.8 seconds. He was a superstar when Carmel was still a small school that few outside of the Indianapolis area could locate on a map.”

The book is available at carmelclayhistory.org or at the Carmel Clay Historical Society’s Monon Depot Museum.