You are at:Home»Current in Noblesville»Noblesville Community»Noblesville partners with preservation alliance to rehabilitate downtown brick alley

The City of Noblesville reopened a rehabilitated brick alley Nov. 19 in downtown Noblesville. The project was a collaboration between the city and the Noblesville Preservation Alliance.

The north/south alley between Ninth and 10th streets and north of Maple Street in downtown Noblesville was the city’s last remaining brick alley. Earlier in the year, the engineering department determined the alley needed rehabilitation. As a result of the collaboration, 70 percent of the bricks were salvaged, cleaned and reused.

The bricks were laid into a concrete bed structure. The cost of the bricks preservation was $50,000. Replacing the alley with asphalt would have cost about $10,000.

“The condition of the bricks was OK, it was just the ground had shifted and moved so much over time since it had been last fortified,” Noblesville Common Council member Aaron Smith said. “To take the bricks out and put them back is such a tedious and expensive process.”

The downtown district committee paid for the project. 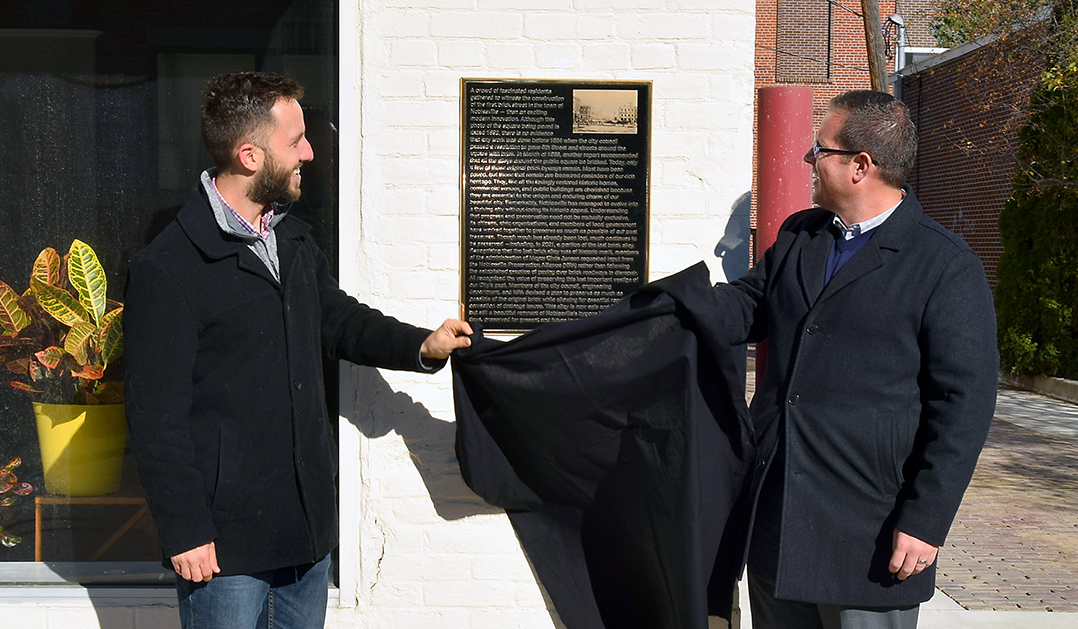 A plaque was installed near the alley depicting an historic photo of residents watching the paving of the first brick street in Noblesville in 1892. The last paragraph of the plaque reads:

“Recognizing that the last brick alley was of historic merit, members of the administration of Mayor Chris Jensen requested input from the Noblesville Preservation Alliance (NPA) rather than following the established practice of paving over brick roadways in disrepair. All recognized the value of preserving this last important vestige of our City’s past. Members of the city council, engineering department, and NPA devised a plan to preserve as much as possible of the original brick while allowing for essential repairs and correction of drainage issues. This alley is now safe and functional, but still a beautiful remnant of Noblesville’s bygone horse and buggy days, preserved for present and future lovers of history.”