Debby Boone has felt something different in the few concerts she has performed in recent months.

Performers and audiences alike are savoring the moment more since the COVID-19 pandemic halted most live music events in 2020 and early 2021.

“People are not as complacent and they don’t take for granted the luxury of being able to come here and hear music,” Boone said. “It’s moving to all be together again and have this exchange.” 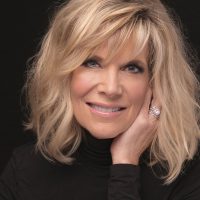 Boone will perform her show “A Debby Boone White Christmas” at 8 p.m. Dec. 4 at the Palladium at the Center for the Performing Arts in Carmel.

“There is something about these Christmas concerts that are particularly heartwarming to me because I feel like at Christmastime, people come to shows to have those fond memories of Christmas past and connect in a family way,” she said. “There is a lot more sentiment. I have so many fond memories around Christmastime.”

Some of those include traveling with her late mother-in-law, singer/actress Rosemary Clooney, who was one of the stars in “White Christmas.” Boone’s 2005 album “Reflections of Rosemary” was designed as a musical portrait of Clooney, who died in 2002.

“Rosemary left me her entire catalog of musical arrangements, so a lot of arrangements I’m doing are her very own from her Christmas show,” said Boone, whose husband, Gabriel Ferrer, is the son of Clooney and the late actor/director Jose Ferrer.

Boone said the concert is about 75 percent Christmas songs, but she’ll perform some songs from her most recent album “Swing This,” inspired by her father Pat Boone’s headlining days in Las Vegas.

‘There are lots of stories of my first experiences in Vegas in the 1960s, with all that iconic music and Rat Pack images, and glamor was at its peak,” Boone said. “I have the privilege of telling stories of having worked with Dean Martin, Sammy Davis (Jr.) and Frank Sinatra.”

Boone typically ends her concerts with her 1977 single “You Light Up My Life,” a No. 1 hit for 10 consecutive weeks.

“I think that’s wants the audience wants, so I want  them to feel satisfied,” she said.