This is the role Rebecca Zigmond has longed wanted to perform.

The Guerin Catholic High School junior and Carmel resident will perform the role of Sugar Plum in the Gregory Hancock Dance Theatre’s student production of “The Nutcracker” at 3 and 7 p.m. Dec. 4 at Pike Performing Arts Center, 6701 Zionsville Rd., Indianapolis. 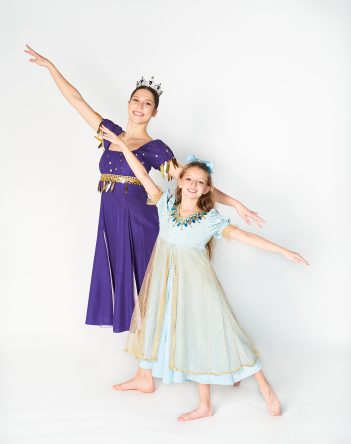 “Growing up performing annually in ‘The Nutcracker,’ I always loved watching the Sugar Plum and, of course, dreamed of dancing that role one day,” Zigmond said. “So many other dancers that I have looked up to over the years have performed this role in the past, and I am so excited to be a part of it. I hope that I can inspire the younger dancers in the same way and that they can aspire to achieve their dreams well.”

Zigmond has been dancing since she was 3 years old. She started in GHDT’s ‘The Nutcracker’ in 2012 and became a student at The Academy of GHDT in 2013. She has been a member of G2, the pre-professional company of GHDT, for six years.

“I have never done partnering before, so it has been a great experience learning to do that,” Zigmond said. “My teachers have been really helpful in making me feel more confident with it. It’s been going smoothly.”

The cast of 27 is comprised of students from Carmel and across central Indiana. GHDT company dancer Adrian Dominguez will dance the role of The Nutcracker Prince.

“It’s completely different than the traditional “Nutcracker,’ so it’s all modern dance,” Zigmond said. “It’s kind of based on the same story but it has a lot of different contemporary changes.”

The production portrays Klara as a homeless orphan who discovers the true meaning of the season through the gift and giving spirit of a homeless person. Klara is performed by dancer Leighton Metcalfe, 9, from Peru, Ind.