You are at:Home»Current in Geist»Geist Community»Movie to premiere at Reset Center in Lawrence

A movie written, directed and produced by a Lawrence native will premiere Dec. 12 at the Reset Center in Lawrence. “Broken Silence” tells the story of a family moving past its generational curses. 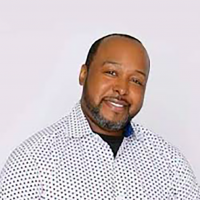 Boyd, who owns Pearls Productions, has been writing for others for 15 years. This is the first movie he’s written and produced for himself.

“I originally wrote the script 12 years ago. (I) turned it into a stage play in 2015 and rewrote it for film in 2018,” Boyd said. “The idea came from seeking to create content that can help families heal, forgive and love each other again.”

The movie was filmed entirely at the Reset Center, which is at 4330 N. Post Rd., Lawrence. Boyd grew up in the area and wanted to portray it in a positive light.

“Our goal was to film as much of it at the Reset Center as possible to let children in the area know there is more to the eastside than what they see,” said Boyd said, noting that almost 100 percent of the actors are from Indiana. “This was important to us because we love our city, and the talent that’s here deserves as many opportunities as they can get.”

Filming started in July 2020 and wrapped up in August.

“COVID had a big impact on filming from having to cancel film days, recasting and impact to our budget due to the film guidelines for COVID,” Boyd said.

Boyd hopes viewers take away one thing from the movie — for families to reconcile and become families again.

The movie will have a red-carpet premiere at 5 p.m. Dec. 12 at the Reset Center. To reserve a ticket, email business@theresetcenter.com.