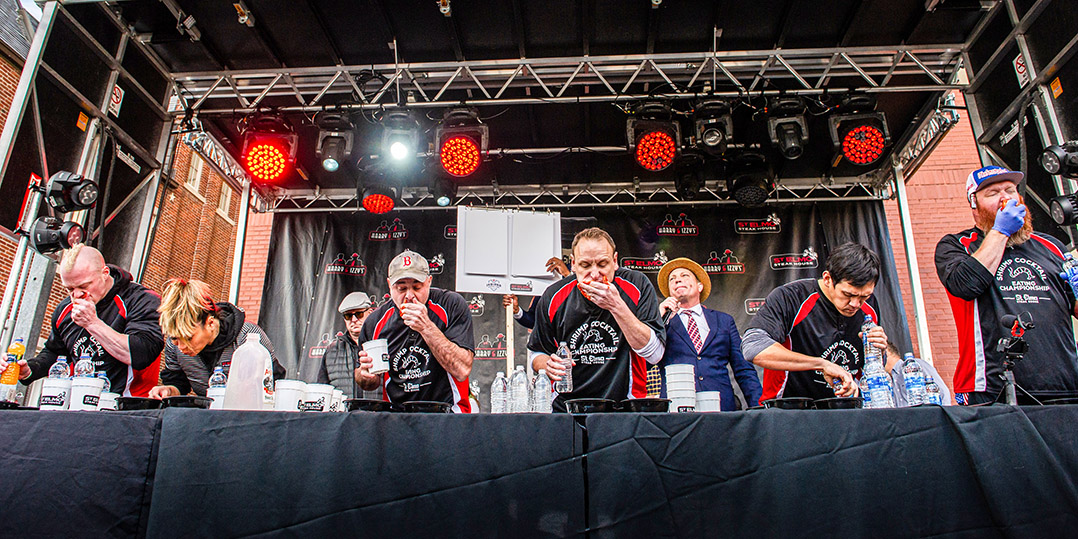 Chestnut said he’s taking a few months off competitive eating. His next competition will be a chicken wing-eating contest in Miami in February 2022

“I’m going to try to get a little bit healthy. I’m a little bit chubby, but it’s all right. I can lose the weight,” he said.

Chestnut said his goal is to weigh 220 pounds. He said he was nervous going into the shrimp cocktail contest because it was his first time competing in the iconic competition as an Indiana resident. 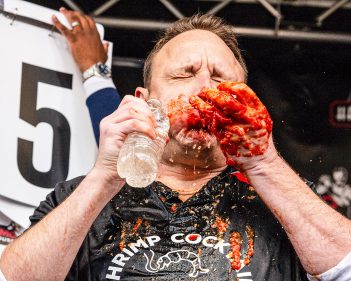 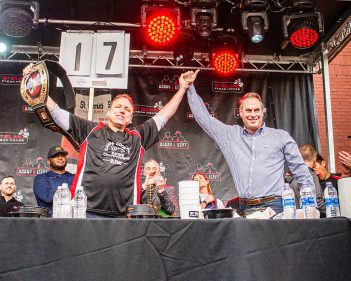 Shrimp cocktail, in a fiery horseradish-laced cocktail sauce, is a signature menu item at St. Elmo Steakhouse in Indianapolis.

“I was nervous because it was my first time competing in Indiana as a resident, so I practiced. I actually went to the restaurant and got a bunch of shrimp cocktail,” Chestnut said. “I was really prepared for it.”

Chestnut set a record for eating 18 pounds, 9.6 ounces of shrimp cocktail in 2018. He said he thought the shrimp were a little bigger this year, which slowed him down. Competitive eaters ate the shrimp in bowls, where it was smothered in St. Elmo’s famous cocktail sauce.

“One quarter of my poundage was sauce,” Chesntut said.

Chestnut said the cocktail sauce was toned down and wasn’t as spicy as it normal.

“The cocktail sauce, it’s such a unique flavor,” Chestnut said. “I remember the first time I tried it, I was like, ‘Whoa, this is impossible.’ But the more I eat something, the more tolerance I can get. I was a little upset I didn’t do more. It was a great event. There was a huge crowd. So many people showed up, and it was awesome.”

Chestnut moved to Westfield from California in April.