You are at:Home»Current in Carmel»Carmel Community»Carmel Fire Dept., MedVet partner to provide care for pets after emergencies

As a dog owner, Carmel Fire Dept. Lt. Michael McNeely grew tired of leaving startled and injured pets in need of medical care with families reeling from their own shock of experiencing a house fire or vehicle accident.

“It was always extremely tough for me to see us pull an animal out and not really be able to do anything beyond what we could do in the front yard,” McNeely said.

Beyond providing a pet oxygen mask and CPR at the scene, there was little else CFD could do to assist pets, who are often considered as much a part of the family as its human members. So, he started reaching out to local veterinary offices to see what could be done.

McNeely found a willing partner in MedVet, a 24-hour provider of veterinarian services on the southwest side of Carmel. Through their agreement, CFD will transport injured pets to the office at 9650 Mayflower Park Dr., and the MedVet team will provide care free of charge — to the pet owner and City of Carmel — for the first 48 hours after the emergency. 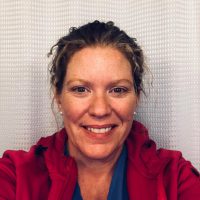 “They just lost everything, they don’t need a $5,000 or $10,000 bill from us,” said Kalen Guffin-Allen, MedVet hospital director. That’s not going to feel good for anyone.”

After 48 hours, pet owners are responsible for medical costs.

CFD firefighters will always rescue, assess and provide care for human patients first, but when that’s done and resources are available, they’ll turn their attention to the pets. They can transport pets to MedVet in the back of an ambulance or the back of another CFD vehicle. CFD will only transport a pet when the owner is unable to do so.

McNeely estimates MedVet’s services will be used through the partnership six to 12 times per year. He and Guffin-Allen are not aware of any similar partnerships between a fire department and veterinarian office, but they have received several calls since announcing the agreement several weeks ago inquiring about how to start something similar.

“We’re trailblazing here,” Guffin-Allen said. “We don’t know what that looks like long term, but we definitely think it is a supportive, compassionate way to be here for our community until it becomes financially impossible for us to do it, which we don’t foresee.”

MedVet also is providing bags to be kept on ambulances filled with emergency pet care supplies, such as medications, sedatives, bandages and other medical equipment.

CFD firefighter Tim Griffin, who is also a dog owner, said many families have adopted pets during the pandemic, making the agreement with MedVet more timely than ever.