So, participating in the student-run RockTalk was a natural fit.

“Students speak on a variety of topics from how colors, music and mood relate, to finances, to how not to embarrass yourself,” said Richard, one of the RockTalk co-presidents with Brooklyn Wolf. “Last school year I gave a speech called ‘Every kid should be handed a knife,’ and it was about the benefit of culinary classes and why schools should have them.” 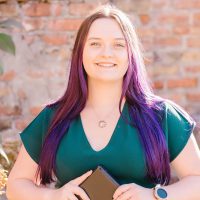 “We let students audition to give a speech similar to a TED Talk on anything they are passionate about or would like to speak about,” Wolf said. “Anyone can attend, and it has been free in the past, and snacks have been provided. However, this trimester we are hosting this event as a fundraiser for Dance Marathon, so whatever fee we decide to charge for tickets will go to Riley Hospital.”

Wolf said the speeches are usually four to eight minutes.

Wolf said she will speak on why first-period release students should be able to use a keycard access the doors near the student parking lot in the morning. 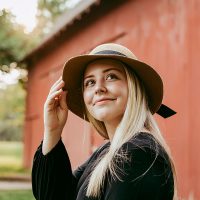 The first RockTalk was in April. The second was the last week of October.

Richard was on the leadership committee last school year.

“I was asked on because my freshman year I had been part of leadership for the TedX Westfield had hosted,” Richard said. “Brooklyn joined during the planning process of April’s RockTalk with an interest to continue and expand the program. We’re looking for underclassmen to carry on RockTalk.”

Richard said her interest in speech has made the process exciting.

“The speech I performed (in April) was one that I had written (previously), and I even used it to compete at Speech and Debate competitions,” Richard said. “However, in Speech and Debate not many people really get to see you perform, and I wanted my piece to have a platform to be shared. RockTalk came along and it was a great fit.

“This year, I’ve been working on a speech about why you should be yourself. I’m thinking about performing it in January, but it’s very different from what I wrote and performed last time, which makes for a great change of pace.”