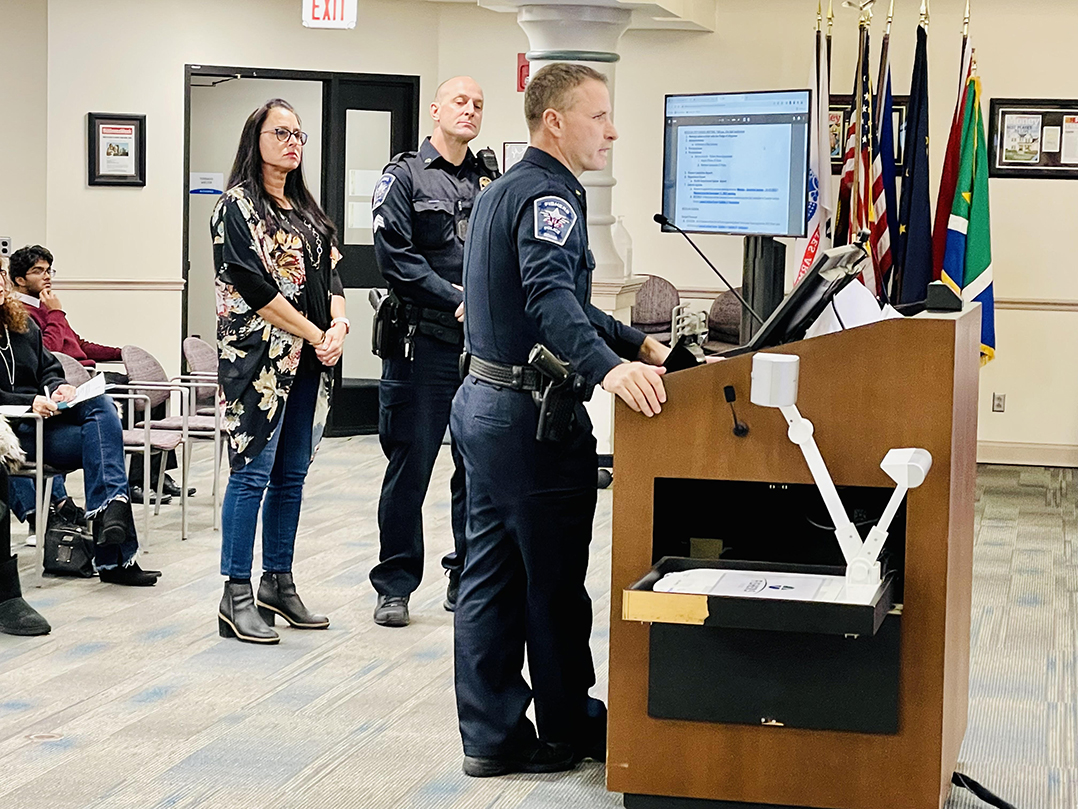 From left, Sgt. Angela Ellison and Sgt. Matthew Simmonds are recognized for 25 years of service by Chief Ed Gebhart. (Photo by Anna Skinner)

What it means: Sgt. Angela Ellison and Sgt. Matthew Simmonds were recognized for 25 years of service to the FPD.

What it means: Hultgren commended the city’s efforts to recognize veterans, but he said an armed services commission would also provide resources for those serving and those aspiring to serve. Council President Selina Stoller asked Hultgren if he would be reaching out to the business community to see if it could support the initiative. Hultgren said one of the 11 appointees on the commission would be a nominee from the OneZone Chamber of Commerce.

Stoller also requested the commission look into providing a gym where service members home on leave could work out for two to three weeks at a time.

“My son comes home for three or four weeks of leave a couple times a year, and he is required to keep himself very well physically fit,” Stoller said. “I don’t have the type of gym that he needs. One of the needs I can see is needed is they need a gym that will give them two to three weeks’ membership at a time in order to help him maintain the physical stamina he needs.”

Hultgren said that was an excellent example of a program the commission could help implement. Because it was only an introduction, a vote wasn’t taken. 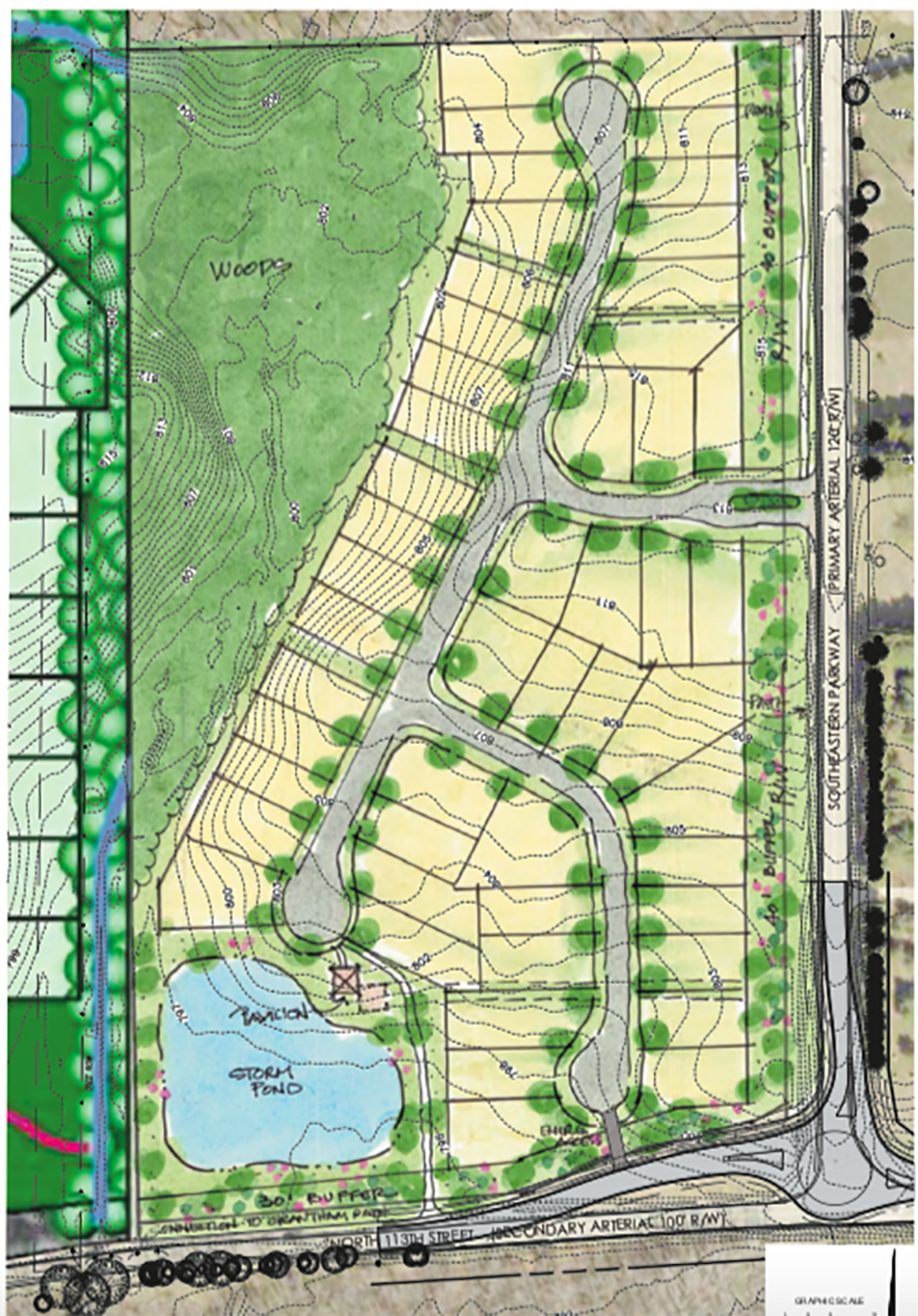 A concept plan for the proposed Courtyards of Fishers. (Image courtesy of City of Fishers)

What happened: The council heard an introduction to a planned unit development to be called Courtyards of Fishers.

What it means:  If approved, the development would allow for the construction of 50 single-family homes on 22.7 acres northwest of Southeastern Parkway and 113th Street. Proposed pricing would be from $425,000 to $650,000. The homes would be designed for ages 55 and older. A vote wasn’t taken.

What happened: The council unanimously approved two financial items – one for a short-term loan financing the 2022 fleet, primarily for police cars, and one for an additional appropriation of stormwater funds.

What it means: City Controller Lisa Bradford presented the items. The stormwater fund appropriation moved $20,000 from the stormwater fund account to the city’s municipal budget. The projected stormwater revenue and matching expenditures for 2022 is $4.5 million, and Bradford said there is nearly $4.7 million in the fund.

What it means: City attorney Chris Greisl presented the policy. Prior to the COVID-19 pandemic, local governing bodies didn’t have an opportunity to participate in meetings remotely. However, after Gov. Eric Holcomb issued an executive order allowing such participation during the pandemic, the General Assembly passed a law that allows local public agencies to establish a policy so members can participate electronically. If the council is meeting in normal times, such as not during a pandemic, at least 50 percent of the council must be present in person. Any council members participating remotely must be seen and heard, such as through a video call. Councilors are not permitted to electronically attend more than two consecutive meetings without attending one in person. During emergency times, all council members can participate electronically.

What happened: The council took a moment to recognize Ray Saksons, a former town council member who recently died.

What it means: Saksons was elected to the Fishers Town Council for two terms, and he also served on the Fishers Plan Commission for eight years. He helped launch the Fishers Youth Soccer Program and was awarded a key to the town in 1998.