You are at:Home»Current in Fishers»Fishers Community»Hall of Fame honor humbles Mitchell 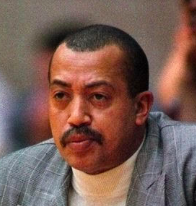 Doug Mitchell can vividly recall his humble basketball beginnings on a farm in Arcadia.

“I literally remember the day we put the basketball goal up,” said Mitchell, noting he was around 7 years old at the time. “I remember the first shot I took, and I shot it all the way over the backboard. I still have that rim hanging in my garage.

“From that point on, I don’t know what it was about the game that I just fell in love with. I think it was just hearing the ball slip through the nets.”

The Fishers resident went on to have a standout career as a player and coach. Mitchell will be inducted March 23 into the Indiana Basketball Hall of Fame as a member of the class of 2022.

“This is one I can honestly say I was very excited about,” Mitchell said. “With all the names that are in that Hall of Fame, to be included with those people, I couldn’t be more humbled.”

Mitchell, 65, retired after 25 seasons as North Central High School coach following the 2017-18 season. Under Mitchell, North Central was 428-176, won Class 4A state championships in 1999 and 2010 and was a Class 4A state runner-up in 2007.  He coached four Mr. Basketball winners in Jason Gardner, A.J. Ratliff, Eric Gordon and Kris Wilkes.

“We had a lot of great players and a lot of great coaches,” Mitchell said. “I told the team after the first championship that I am no more important than any one of our players, managers, doctors. I am just responsible. I get the blame or maybe the praise. They believed that and it was true.

“Some of the most successful people we’ve had (have) been managers, let alone players. It was a good run.”

“That was our state (championship equivalent),” Mitchell said. “We had 90 people in our graduating class. That was the time I realized I could compete with anybody.”

Mitchell then played at Butler University.

“I became a bad assistant because I didn’t want to be gone,” Mitchell said. “The traveling and being away from my kids, I couldn’t do that anymore. I quit before I got fired. I went and became North Central’s head coach with these delusions of grandeur that I was going to win every game we play and winning championships. Somewhere in there, I came to the conclusion that is not why you do it. You do it to help young people. You help them get an education and now they have a chance.

Mitchell said he frequently hears from former players. Although he loved coaching, he said it was time to retire.

“I gave it everything I had, and I was tired,” Mitchell said. “It was time to enjoy the grandkids.”

Mitchell has three daughters, Taylor, Morgan and Payton, and four grandchildren. His son, Bryce, died in car accident in 2002.

“I don’t think I would ever get through it without my staff,” said Mitchell, referring to former assistant coaches such as Walt Morris, Basil Smotherman and Randy Males.

They shared their personal losses and their triumphs.

“We reveled in the good things, kids going to college and having babies,” Mitchell said. “You can’t ever replace those relationships.”