You are at:Home»Current in Geist»Geist Community»MSDLT names Harsha director of secondary education

On Jan. 1, Andrew Harsha will begin his new role as director of secondary education for the Metropolitan School District of Lawrence Township.

Previously, Harsha was the principal at Belzer Middle School, a role he has held since 2015. He has previous experience as an assistant principal at Lawrence North High School and as an English teacher at the middle and high school levels. 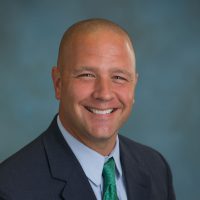 “I am excited to jump into this new role as Director of Secondary Academics to continue to support teaching and learning in our secondary schools and ensuring the absolute best educational experience for the students we serve,” Harsha stated. “I have had the privilege of serving in the MSD of Lawrence Township since 2001 as a coach, teacher, teacher leader,

assistant principal and principal at the secondary level. I have learned so much from each one of those roles, and have been proud to serve in each one.”