You are at:Home»Current in Carmel»Carmel Community»Carmel’s Bodenhamer retires as executive director of IUPUI Polis Center

After 32 years, the founding executive director of the IUPUI Polis Center, David Bodenhamer, has retired. The Carmel resident was also a professor of history and informatics at the school. 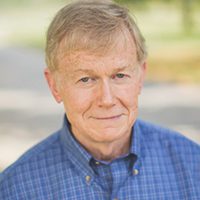 “At 74, I am well past normal retirement age, but the decision really rested on my confidence that the center was nicely positioned for its future, which always was my aim in deciding when to retire,” Bodenhamer said.

The Polis Center is a nationally recognized urban-centered learning environment that focuses on partnerships, real-world application and winning solutions for communities. Since its inception, Bodenhamer has helped shape the center’s core values and direction, resulting in well-recognized projects, including the 26-year-old SAVI Community Information System, which provides community data for leaders to make informed decisions.

“IUPUI recruited me in 1989 to head a project, the development of the Encyclopedia of Indianapolis, which was to be its gift to the city on the occasion of the campus’s 20th anniversary,” Bodenhamer said. “In truth, the project was less important to me than the opportunity to find a way to link university and community expertise to address the issues that confront metropolitan communities.”

Since then, the Polis Center has developed more than 1,000 projects, with grant and contract income approaching $100 million, Bodenhamer said.

“The goal has always been to help communities become more resilient in the face of rapidly changing and challenging economic, social, cultural and technological environments,” he said.

Bodenhamer said the center is an important entity because it has become a “trusted partner and a valuable nexus between the university and community.”

“We value partnerships and the relationships they bring, and we have worked diligently to be inclusive, forthright and respectful of differences as we seek solutions together,” he said. “We also have helped to create important information resources that all citizens can use freely, and we have been pleased to work with hundreds of area organizations to enhance their capacity to use data and information more effectively in pursuit of their own missions. Finally, we have provided a model for what it means to be an engaged university, which is satisfying because it was this desire that spurred the center’s launch.”

Bodenhamer will continue as a consultant for the Polis Center on several initiatives.

“For example, I will work with Indianapolis Public Library over the next two years as editor-in-chief of the encyclopedia to ensure that it is well integrated into the library system,” he said. “I also will work with colleagues in the U.K. on a major research project to advance the capabilities of GIS to deal with ambiguous and uncertain spatial information. I have worked internationally over the past decade to develop a new field, spatial humanities, and am in discussions now with colleagues in Europe and Asia about projects for which they want my help.”