When it comes to planning winter events, Nancy Heck agrees with the philosophy that there’s no such thing as bad weather, only bad clothing.

So, as Carmel’s population has grown and its central core redeveloped, Heck and the rest of her team in the City of Carmel’s Community Relations and Economic Development Dept. have worked to expand the number of public events scheduled during the coldest time of the year.

“Especially during these winter months when it is so important for people’s physical and mental health to get out in the fresh air, we wanted to give them a reason to come out,” said Heck, the department’s director.

Carmel has long presented holiday events in December, such as a tree lighting and visits with Santa, but in 2017 it stepped up its winter offerings with the launch of the Carmel Christkindlmarkt and the Ice at Carter Green, an outdoor rink that remains open through February. Both events have grown and offered different opportunities in subsequent years.

Besides providing an escape from the winter doldrums, the events also are designed to give a boost to local businesses. 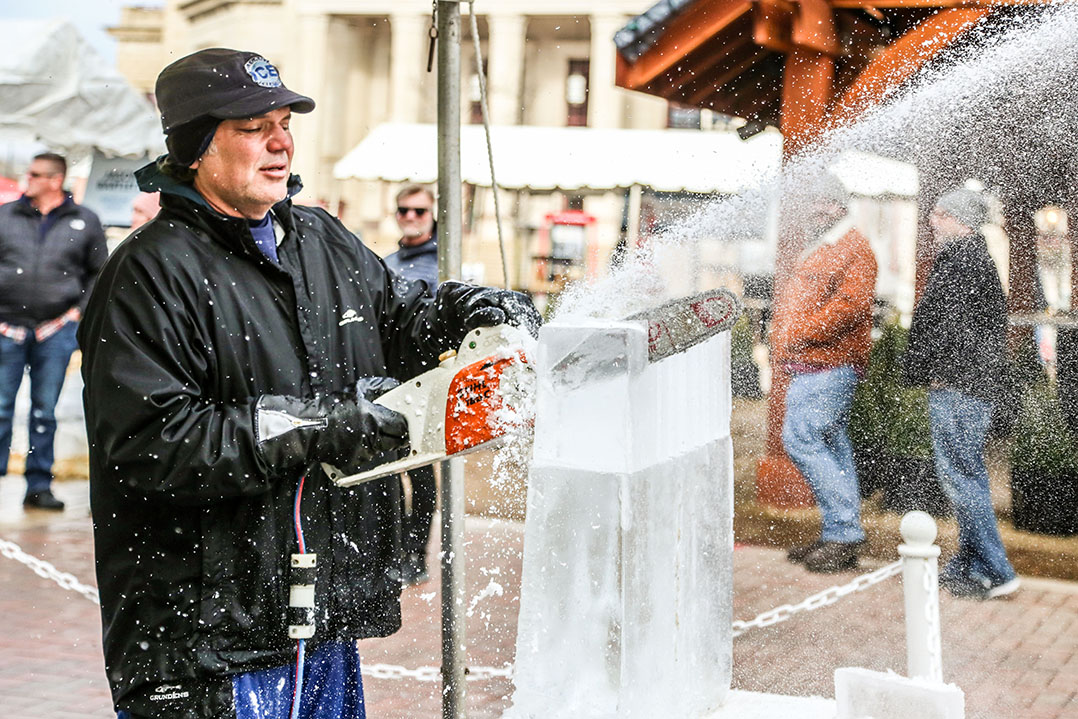 Aaron Costic of Nebo, N.C., carves into an ice block on Jan. 9 during the Festival of Ice. (Photo by Ann Marie Shambaugh)

“In many ways, it’s a saver for a lot of small businesses that are so used to January being so slow, and February as well,” said Dan McFeely, a City of Carmel spokesman. “The events that we do, from the ice carving to Meet me on Main, gives them a little shot in the arm.”

Rosalyn Demaree, executive director of Indiana Artisan, which operates a shop on N. Range Line Road, said sales tend to slow between January and March each year, as they do for most retailers, but that the shop tends to see an uptick in traffic when the city hosts events in or near the Arts & Design District.

“We always get extra people in, and always new people, during the event,” Demaree said. “They might be longtime Carmel residents, but they’ve never ventured into the arts district for one reason or another.”

The impact is long lasting, she said, as many shoppers introduced to Indiana Artisan because they’re in the area for an event return to make purchases later.

“The events definitely help us, if not at the immediate time,” Demaree said. “It creates an introduction to the business, and then they come back.”

Carmel isn’t alone in its increased focus on winter events. Throughout Hamilton County, municipalities and other organizations have launched new cold-weather activities, from a snow tubing hill at Strawtown Koteewi Park in Noblesville to the Merry Prairie holiday celebration at Conner Prairie in Fishers.

Brenda Myers, president and CEO of Hamilton County Tourism, said most activities that drew people to the area used to occur during the six to nine warmest months of the year, but now the county is a year-round destination.

“We have way more winter product than we ever have had before, and that makes us a better place to live and visit,” Myers said.

Many of the winter visitors come from within a few hours’ drive to see friends and family in and around the Indianapolis area. Others visit simply for a quick getaway.

“A lot of people (visiting) here are from Chicago and other parts of Indiana, so they’ll use us as a destination getaway,” Myers said.

Heck said the City of Carmel has fine-tuned its winter events in recent years, and she expects the next phase of growth to occur around the Ice at Carter Green in a winter pavilion that debuted in 2021 and will be available through the skating season for performances and gatherings. She believes that people in Carmel – and beyond – are eager to get out of the house despite frigid weather.

“We’re Midwesterners, and we live here for a reason,” Heck said. “We obviously like the four seasons or are willing to tolerate it.” 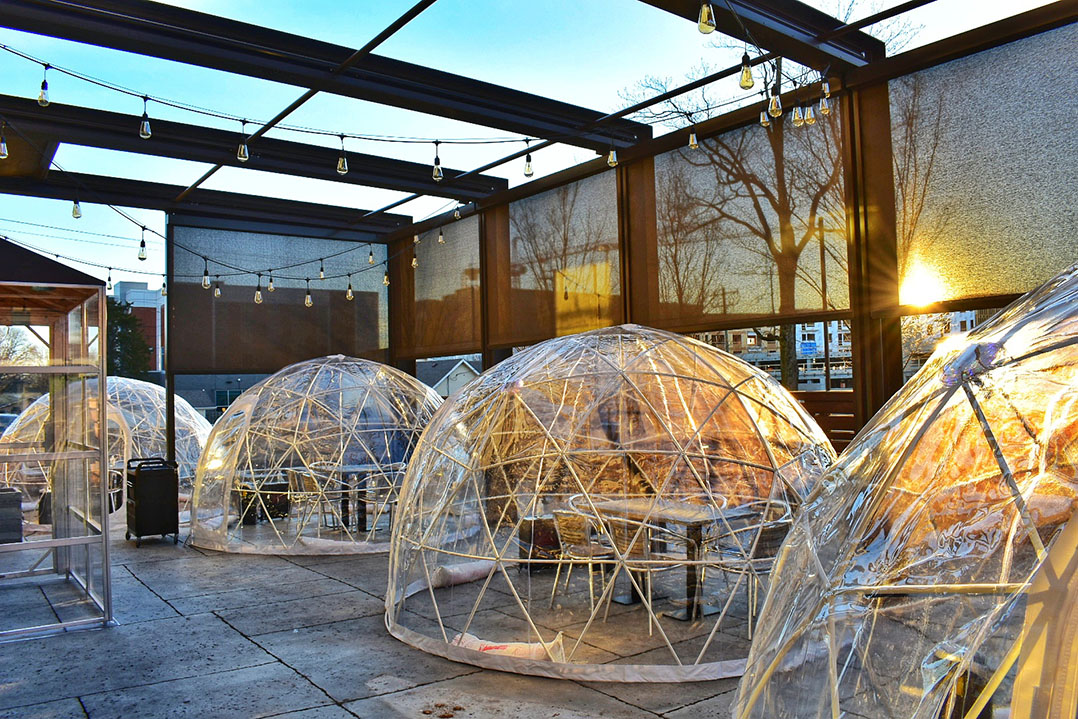 The Ice at Carter Green, Carmel

The Great Dine Out

More than 40 local restaurants are offering deals for dine-in and carryout meals through Jan. 31. Learn more at VisitHamiltonCounty.com.

The Ice at Carter Green

Valentine’s-themed Meet Me on Main