A new study conducted by Zionsville resident Dr. Rohan Dharmakumar and his team at Krannert Cardiovascular Research Center at the IU School of Medicine is challenging conventional thinking about how standard treatment methods are used to prevent muscle damage during a heart attack. 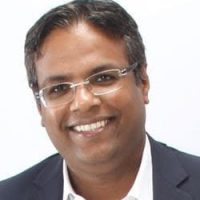 Standard practices have posited that quickly opening the blocked coronary artery, which supplies oxygen to the heart muscle, is the best course of treatment for a heart attack.

The common belief is, when the coronary arteries are opened, the damage to the heart muscle is stopped.

However, according to Dharmakumar and the study, this is not always the case.

“If a hemorrhage occurs, what happens is that an entire area might get completely wiped out, which may lead to an outcome negating refusion therapy,” Dharmakumar said.

It is not an insignificant occurrence, either. Dharmakumar estimates hemorrhage occurs in about half of all heart attack patients who undergo the procedure.

“The common phrase is, ‘Time is muscle.’ This is centered around limiting the time the vessel remains closed,” Dharmakumar said. “We’ve gotten good about putting in a stent, but now we’ve identified that hemorrhage is a second factor that determines how much of the heart muscle dies.”

The next phase of the study will include testing strategies to halt the effects of hemorrhages.

“We are very much focused on translating a lot of novel therapies into patients,” Dharmakumar said of the work at the Krannert Cardiovascular Research Center. “Indiana has a large population with heart disease, and we are really trying to change that.”

Dharmakumar, his wife Reema and their two children moved to the area from Southern California six months ago. Dharakumar’s previous post was as director of translational cardiovascular imaging at Cedars-Sinai Medical Center and UCLA.

Dharmakumar is the executive director of the Krannert Cardiovascular Research Center at the IU School of Medicine. The study took eight years to conduct and involved 70 patients.