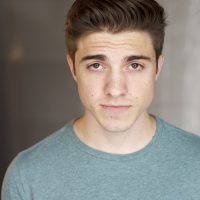 “I personally am the only member of the cast who plays one character and one character only,” Kraft said. “So, I am lucky in that I just get to watch everyone else jump in and out of playing different characters. They are so good at switching between characters that I think the audience will really get a kick out of it.”

The Carmel resident plays Richard Hannay in Civic Theatre’s production of “The 39 Steps,” which is set from Feb. 4 to 19 at The Tarkington at the Center for the Performing Arts in Carmel.

“The fast-paced whirlwind chase of this story is a huge part of what makes it such a great time,” Kraft said. “There are a lot of great plays that are also really emotionally heavy and serious, so I’m excited to be in one that is just zany fun.” 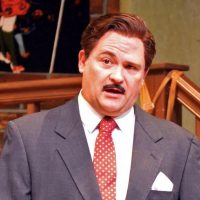 “The whole cast and crew are so great and fun to work with, I’m just really looking forward to putting this show in front of an audience,” he said.

The other three actors in the show play a combined 150 different characters. 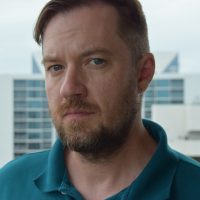 “It is such a great challenge to take on this role and its many characters appearing throughout the show,” Walls said. “It is an extreme test of mental, technical and physical acting skills. Because there are so many changes which come about so quickly, it requires complete concentration. We are all exhausted at the end of rehearsal.”

Walls said he has been in a few fast-paced shows and acted in several farce comedies in the past. Most recently, he performed in “Lend Me a Tenor” with the Carmel Community Players.

“It was also nonstop action,” he said. “I enjoy that type of role and I enjoy the challenge.”

Walls said he has only seen the original Alfred Hitchcock movie version of “The 39 Steps,” which wasn’t a comedy and actors didn’t play multiple roles.

“But I think that can sometimes be a good thing (because) you know that whatever you bring to the play will be your own and not derivative of someone else’s interpretation,” he said of not having seen another production of the play. “The biggest challenge is probably the fact that I play male and female characters, and there are at least four different accents which need to be employed all on command.

“I catch myself slipping in and out of the characters even when I am not at rehearsal or the theater. That’s always interesting.” 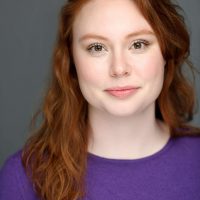 “As an actor, it’s very rewarding to be able to create three separate, distinct characters,” Glickman said. “Each woman has her own physicality and voice, which has been a delight to discover in rehearsals. I actually performed ‘The 39 Steps’ before when I was at Carmel High School, so it has been a joy to have the opportunity to revisit the production.

“It’s been gratifying to see how I’ve grown and changed as an actor.”

“’It’s a lot of fun really trying to make each one a very specific individual characterization,” he said. “I haven’t done any that (transitioning) quite as quickly as this, since there are only four actors. There are very few moments when we aren’t on stage or getting ready to go on.

“I’m usually pretty fast at learning lines, but the differentiation between so many roles made that a trickier job.”