The Fishers City Council met for the first time in 2022 on Jan. 18. Besides appointing Todd Zimmerman as council president, the council unanimously approved the creation of an armed services commission, an amendment to the council committees ordinance and other items. For more, visit fishers.in.us.

What happened: The council unanimously approved creation of an armed services commission.

What it means: Deputy Mayor Elliott Hultgren presented on the ordinance.

“The commission will further the city to become a community in which military service is honored and recognized as a key component to our community vibrancy,” Hultgren said.

The commission will incorporate and promote programming, policy decisions and protocols to ensure recognition and appreciation for military services. The commission will consist of 11 Fishers residents appointed by Mayor Scott Fadness, who will appoint seven service-connected residents of Fishers, five of which will be veterans or people serving in the U.S Armed Forces. The other four members will consist of one nomination from the American Legion Post 470, one nomination from the OneZone Chamber of Commerce and two nominations from the HSE Schools superintendent, a faculty member and a student. Members will serve two years.

What happened: The council unanimously approved an amendment to the council committees ordinance.

What it means: The resolution allows for $40,000 to be granted to the Fishers Youth Assistance Program, $40,000 to the Youth Mentoring Initiative and $50,000 to Conner Prairie. The remaining $120,000 will be administered by the city’s nonprofit committee. Council member Pete Peterson said if the nonprofit committee decides to grant more funds to the three organizations that already received funds, it would be able to do so. 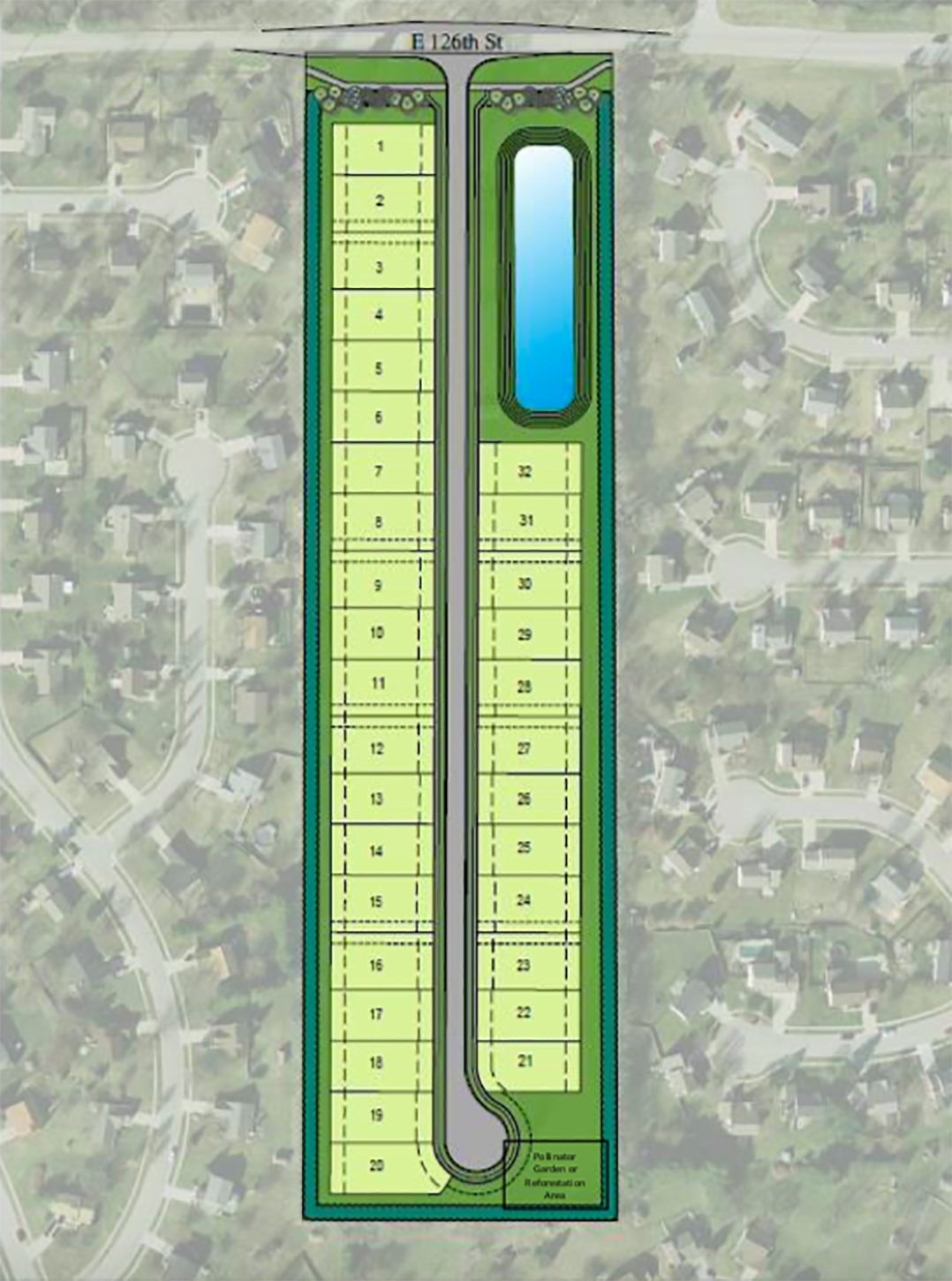 A rezone request for the Lehman planned unit development calls for higher zoning than the other neighborhoods in the area. (Image courtesy of City of Fishers)

What happened: The council approved a rezone request for 15 acres south of 126th Street between Allisonville Road and Lantern Road for 32 single-family homes.

What it means: The homes will be ranch-style and cost $500,000-plus. Council member Brad DeReamer spoke against the ordinance. DeReamer was most concerned with the rezone request not falling into appropriate zoning for the area, the minimum home setbacks and a 1,590-foot straight street. The city typically requires straight streets not to exceed 600 feet in similarly zoned neighborhoods to reduce speed.
“That’s 2.65 times our ordinance. Why are we allowing it?” DeReamer said. “Developers are not following the ordinances and the city is allowing it to happen. In the six years I’ve been on city council, if we’re going to let every developer come in and do what they want, why do we even have a zoning ordinance? Are we here to help developers make money or are we here to protect the citizens of Fishers? It’s zoned R-3, let the developer develop it R-3.”

The developer was seeking R-5 zoning, which has a higher density than neighborhoods surrounding the area.

Peterson said the project varied from nearby developments because it was an infill project.
“We’re infilling an area in Fishers that was not developed, so you’re kind of hamstrung as to what you’re doing to do,” Peterson said. “These are not shabby infill homes whatsoever. These are going to have quite a bit of net assessed value.”