After being in its previous building for 66 years, the Westfield Lions Club is seeking a new home.

“It became apparent to us that the city wanted a developer to develop that area (Union Square) and they were looking to get the properties sold to a particular developer,” Westfield Lions Club President Brian Abraham said. “We knew at that time that the Lions Club was not going to be able to stay in that section for very long. We began to look for a property we could trade for. We ended up selling it to the developer.” 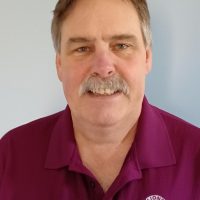 The completion of the sale of property at Jersey Street was in December 2021. The agreement was signed in 2019.

“We needed to move out of there and let them do their development,” Abraham said.

Scout Troop 107 members helped the Lions Club move everything out of its former home Dec. 4 in two hours.

The Westfield Lions Club, which is in its 92nd year, meets twice a month at Christ United Methodist Church. It held a fish fry at CUMC in 2021 because of construction around the former Lions Club building.

Abraham said the club has looked in many areas of Westfield to relocate.

“We’ve looked in properties within the main part of the city,” he said. “There are new properties going in below 169th Street. There are other builders and developers we’ve talked to. None of those has panned out, but I know there are places for sale in Westfield not everyone knows about.”

Abraham said the Lions Club wants to get the word out if there are people who want to help it set up a new home.

“Whether that is selling to us or donating land or whatever, it doesn’t really matter to us,” Abraham said. “We prefer to buy and renovate.”