Becky Cash said she has considered running for office for several years but only recently determined that the time is right.

A small business owner, Cash is running for the new District 25 Indiana House of Representatives seat that was created as a result of redistricting. A Zionsville resident, she decided to seek office after speaking in favor of an Indiana Senate bill at the Statehouse in February of 2021. 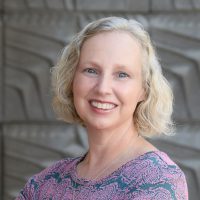 Cash was disappointed that the chairman of the Senate Committee on Pensions and Labor refused to put the bill up for a vote.

“It was at that moment that I realized we have a problem here,” Cash said. “I felt called to run.”

The proposed legislation was Senate Bill 74, which prohibits Indiana employers from requiring workers to get immunizations as a condition of employment.

A Republican, Cash believes that most constituents in District 25 support her efforts to pass legislation guaranteeing medical freedom for all Hoosiers.

“As I’ve talked to more and more people throughout the community, there are some very central issues that come up,” Cash said. “People are very much concerned about vaccine mandates. I’ve found that, especially in Zionsville, they have a very high vaccine rate, but the same people do not support mandates.”

Cash is vying for the nomination against fellow Republican Kent Abernathy. District 25 covers most of Zionsville, all of Whitestown, 50 percent of Brownsburg and two percent of Lebanon. The primary election is May 3.

Although Cash is seeking office for the first time, she is no stranger to the Indiana General Assembly.

“I have been very involved in the activism community in Indiana, testifying down at the Statehouse on legislation from medical freedom, such as vaccine exemptions, to mental health, for years,” she said.

A mother of six, Cash owns and operates two small businesses. She and her husband, Chris, run a nutritional supplementation business out of their home, and she is a naturopathic practitioner who has her own practice, Indy Natural Health Center.