Hoosier Village chaplain Ronald May has long understood how important it is to record the memories of the Greatest Generation while there is still time.

May will launch his book, “Our Service, Our Stories Volume 3,” at 2:30 p.m. April 29 at the Hoosier Village Chapel, 5385 Soapberry Dr. May, a 58-year-old Carmel resident, had 14 stories from past and present residents of Zionsville’s Hoosier Village one from a resident of The Barrington in Carmel.” 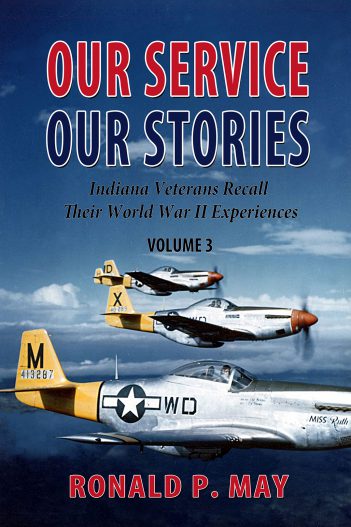 “Of the 17 veteran stories in the book, 10 have passed away since I interviewed them and four are still with us,” May said. “The other three veterans had died before I could interview them. One died just before I was planning to interview him. The other two had been dead much longer. One died in 1954 and one in 1971. I used their letters, military documents, unit research and conversations with family to recreate their stories.

“I really enjoyed researching and bringing their stories to life. Of the civilian subjects in this volume, five of the eight are still alive.”

May also included stories from civilians on the home front, who also were featured in Volume 2. A new feature in the latest volume of stories from World War II includes “Children and War,” with interviews of five people who were children and adults during the war.

May said the idea to include that section was inspired when he heard stories of residents of Hoosier Village who had very significant World War II experiences during childhood. One story was from Eva Hermacinski. 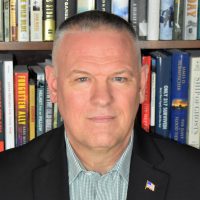 May said the civilian story that touched him the most was from Jean Umemura. As a Japanese American growing up in the state of Washington, she and her family were sent to an internment in Idaho.

“I was moved by her family’s enduring patriotism during and after this horrible time in which they lost their home, their business and their way of life for several years while being confined to a hastily made camp in the high desert of southern Idaho,” May said.

The story of Daniel Westfall also resonated with May. Westfall joined the Navy in 1927 and retired in 1954. He was at Pearl Harbor during the Japanese attack, and he was in Tokyo Bay almost four years later during the surrender ceremony.

“He died at the age of 49 less than a month after his retirement.,” May said. “His service in the Navy constituted the majority of his life. He and his wife had no children. I learned of him through his niece, Sharon, who is also a resident of Hoosier Village.”

May wrote some of the stories for this volume in 2018.

“In 2019, I began work on my World War II Studies master’s degree from Arizona State University,” May said. “During the two years of that program, I did very little work on my book since I was so occupied with reading and writing for my classes. I resumed working on my book following my graduation in December of 2020.”

After performing in a one-man show as Ernie Pyle, May made his community theater debut In 2019 in Carmel Community Players’ production of “Failure to Zig Zag: The Story of the USS Indianapolis.” He has since acted in Civic Theatre’s “A Few Good Men” and “White Christmas” at Basile Westfield Playhouse, both in 2021.