The way Janaé Swan tells her story, 15 minutes out of her day saved her life.

That’s how long Swan’s mammogram took in January 2021. The procedure detected a lump in her left breast.

Swan had no family history of cancer and conducted self-exams regularly.

“(The mammogram) saw a spot and they rushed me to an ultrasound and then I had a biopsy, and we found out I did indeed have breast cancer,” said Swan, a 57-year-old Fishers resident. “I would give myself self-exams and never found a lump, so it was kind of a whirlwind.”

Swan said even after she knew the location of the lump, she still couldn’t find it during a self-exam.

Swan and her husband, Scott, were diagnosed with cancer at the same time. Swan said they were watching President Joe Biden’s Jan. 20 inauguration on television when the news arrived.

“They called and said, ‘Yes, I did have invasive ductal carcinoma Stage 1,’” she said. “Ironically, at the same time my husband’s doctor was calling him to tell him he had skin cancer. So, we both got off the phone and he said, ‘Oh, I have skin cancer,’ and I said, ‘Oh, well, great, I have breast cancer.’”

The couple told their adult children soon after.

Swan said with a cancer diagnosis a battery of exams and procedures. such as echocardiograms, and bone density tests, among others, immediately follow. She had a lumpectomy and breast reconstruction surgery on Feb. 22, 2021. The cancer had spread to her lymph nodes, which elevated her diagnosis to Stage 2. After her surgery, she had six weeks of radiation treatment.

Now, Swan, who leans on her Christian faith for strength, wants to help other women going through a similar experience. She does so in a variety of ways, including through social media.

Swan said she had to decide to choose joy during her battle with cancer.

“On my first day at the cancer center, I started to cry because I saw those big (cancer) words (on the building) and I felt like I was healthy and I couldn’t believe this was how the year was going,” she said. “I went in there and looked around and I was 20 years younger than anyone sitting in the cancer center. I felt like I didn’t belong or like I should be visiting someone there.”

On her way home after her first treatment, a Hillsong Worship song came on the radio. One of the lyrics was, “I’ll find joy in the battle.”

“I went home and had a pity party that night and woke up and put my big girl pants on and told myself to get back to that cancer center and talk to people and share my faith and share my story,” Swan said. “I went back with a totally different attitude. Instead of sitting far away from people, I sat next to them and prayed with them and shared my story.

“Sometimes in life, it gives you joy and sometimes you have to choose joy.”

Swan said her three goals on her healing journey are share her faith, beat cancer and promote mammograms.

“I feel like I’ve continued to do that,” she said.

Swan and her husband are both in remission. 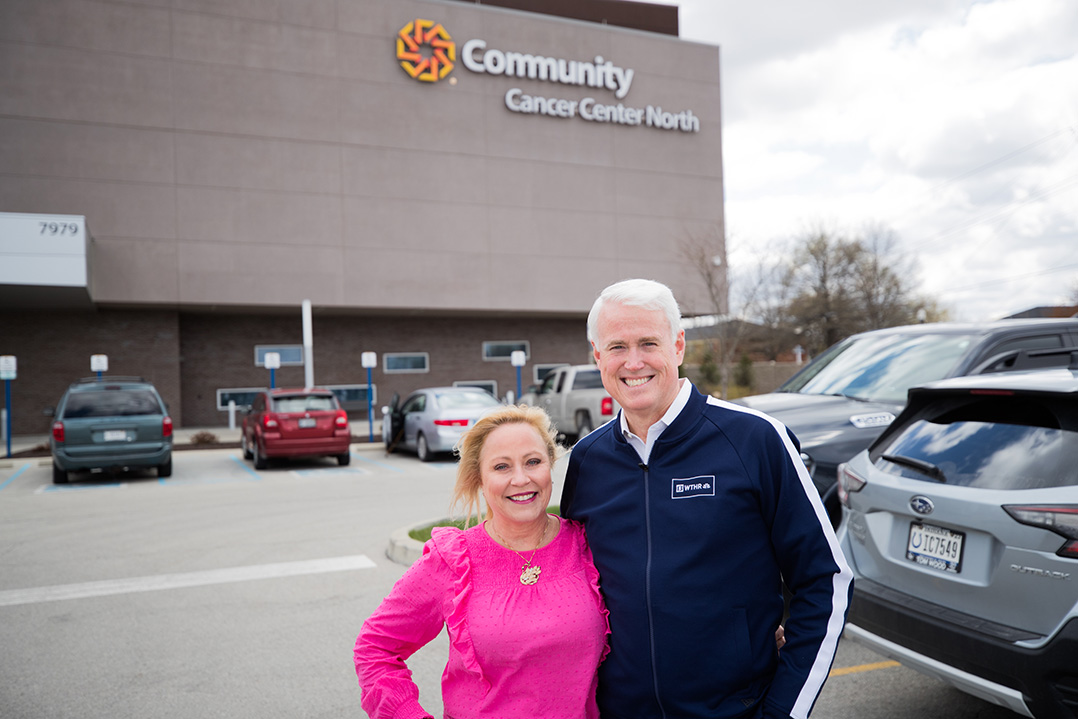 “Many women don’t have a family history of breast, ovarian or pancreas cancer, which all tend to run together in the family,” said Zusan, an Indianapolis resident. “Most women don’t have that, so they do rely heavily on having yearly screenings to detect cancers early.”

Zusan said when a mammogram detects a mass, women often aren’t able to feel it during self-examinations.

“It was detected on imaging alone,” she said. “That’s good. That’s how we want to find it. We would rather find it when it’s very small and very early because it is very treatable.”